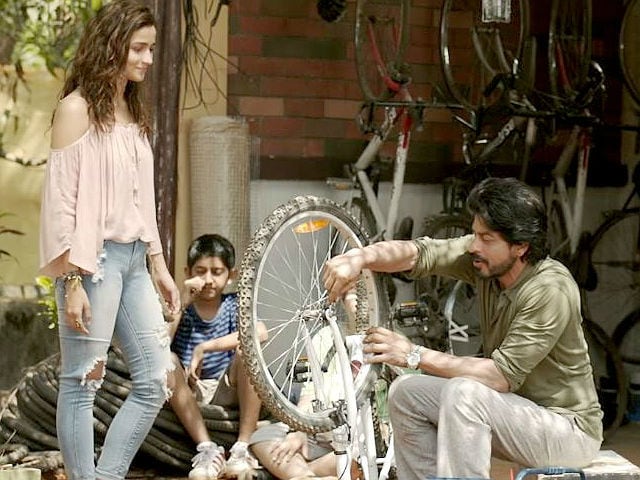 New Delhi: If there's something cool on your neighbourhood cinema screen, who you gonna tweet? The stars of the film, of course. Ghostbusters director Paul Feig has (apparently) watched and loved Shah Rukh Khan's new film Dear Zindagi and said so on Twitter. Thus began a fulsome exchange of compliments between SRK, Mr Feig and Dear Zindagi co-producer Karan Johar, whose chat show Koffee With Karan Paul Feig has also seen, as it turns out. SRK, before responding to Mr Feig's tweet, returned the favour by watching Ghostbusters, this year's all-female reboot of the '80s comic-supernatural films. Dear Zindagi, which released last week, co-stars actress Alia Bhatt and is directed by Gauri Shinde, all of whom were named in Paul Feig's tweet on November 29.

Huge congrats to @iamsrk and @aliaa08 on your wonderful performances in #DearZindagi. @gauris, you are an amazing writer/director. Bravo!

Producer Karan Johar responded on behalf of his cast and director and received a response:

So happy you saw the film Paul...@gauris@iamsrk and @aliaa08 will be thrilled to hear your feedback...lots of love!! https://t.co/mO71OYmOHs

You're an amazing producer, Karan. I'm in awe over how much great stuff you put out. And an amazing host too! #CoffeeWithKaranhttps://t.co/97v7ZttazF

SRK replied a day later and was thanked by Mr Feig:

Hi my friend @paulfeig didn't reply sooner cos wanted to catch up GB2. Too funny. Thx for the movies. https://t.co/pJ7al75M0N

Thank you, @iamsrk. So happy you enjoyed Ghostbusters 2016. Thanks for taking the time to watch. Hope to see you again soon, my friend. https://t.co/lAAqrAgBlc

It's clear from Mr Feig's tweet that he and Shah Rukh Khan have already met but we're not quite sure when. In May this year, SRK issued a Twitter invite to Mr Feig, prompted by his wife Laurie's tweet about hoping to one day visit Mannat, the 51-year-old actor's Mumbai home.

@lauriefeig@paulfeig and all your friends are most welcome whenever you are in India. Tell Paul will keep french fries ready for him...

You're on, @iamsrk! I'll bring the ketchup. It would be an honor to meet you. Many thanks, my friend. https://t.co/AWXV04qn27

Wohoooooo I'm over the moon and how!!!! Thank you soo much https://t.co/r5ixIk7EuY

Thankyou so much. Means a lot https://t.co/VE6QBTa9UM