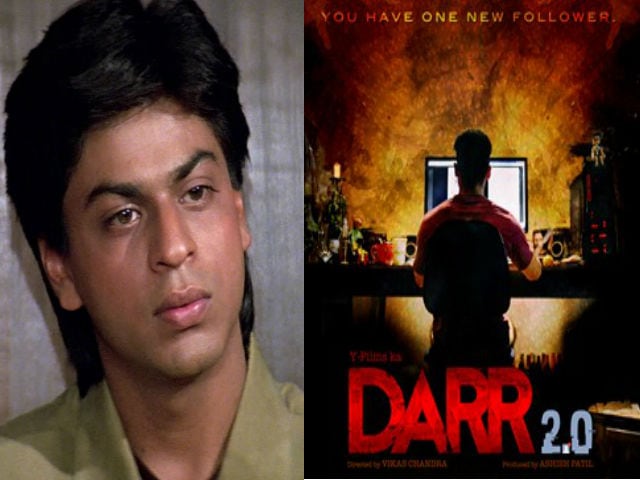 Shah Rukh Khan (left) in a still from Darr, A poster of Darr 2.0

New Delhi: "You have one new follower" never sounded more chilling. Shah Rukh Khan's 1993 thriller Darr, in which he played an obsessed lover, is being updated into a five-part mini-series dealing with cyber-stalking. Y-Films, a division of Darr's makers Yash Raj Films, will run the series on their YouTube channel and have released a teaser.

Kiran, the object of Shah Rukh Khan's obsession in the film, and Sunil, the man she actually loves, will both appear on Darr 2.0 but the teaser features only Rahul, face not shown, who lurks in a darkened room snipping and editing photos of women from their Facebook pages. SRK's iconic dialogue "I love you K...K...K...Kiran," and the song Jadoo Teri Nazar play in the background.

Darr 2.0 hasn't been cast yet and the multitude of photos used in the teaser are of Yash Raj's followers and subscribers who were asked to send pictures of themselves but not told to what end.

Whether or not Shah Rukh Khan will make an appearance, or even his co-stars Juhi Chawla and Sunny Deol, is a question we'd all like to see answered.

Deepika Padukone Posts Her Morning View With A Kissy Patch. Pic Inside