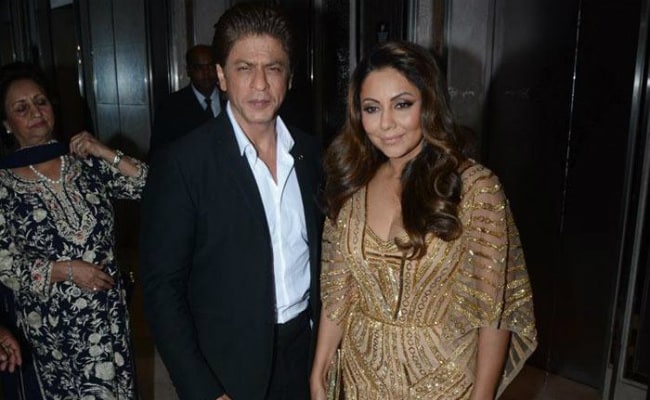 Shah Rukh Khan and Gauri are couple goals, no really! Gauri Khan, who owns a boutique interior design label, recently featured on the cover of a magazine and the 52-year-old superstar had to had to share it on his social media feed. While Gauri covered the September issue of Femina in style, Shah Rukh assigned yet another title to his interior designer wife and appeared to speak on behalf of the Khan kids as he said: "For us she is the Cover Mother." That's so sweet of you Shah Rukh. Gauri and Shah Rukh are parents to Aryan, 20, Suhana, 18 and AbRam, 5.

This is what Shah Rukh tweeted for Gauri:

The title which Shah Rukh honoured Gauri with, was sort of already suggested by Suhana Khan, in her first ever magazine interview with Vogue earlier this year. Suhana, who stays away from her family, assigned full credit for organising the much needed family vacations to Gauri and told Vogue: "We know it's important to spend time together. Mum coordinates all our diaries and plans our holidays, where we just hang out watching movies and playing games. We're all super competitive, so when we play board games things become super tense." Suhana Khan is pursuing her degree at London's Ardingly College while Aryan is already studying films in Los Angeles.

Gauri made a rare appearance on Shah Rukh's Instagram last month from their family vacation in Europe. Shah Rukh's captions are always way too good:

After years the wife has allowed me to post a pic I have taken...she's all heart!

He also couldn't resist commenting on Gauri and Suhana's photo titled "New York Times." This is what he wrote: "NYTimes is carrying great news." This was after Shah Rukh returned to Mumbai to resume his work commitments while the mother-daughter were carrying on with their vacation.

On the work front, Shah Rukh Khan will next be seen in December release Zero.