Shah Rukh Khan quit the biopic on Rakesh Sharma after Zero, partially about a space expedition, failed at the box office 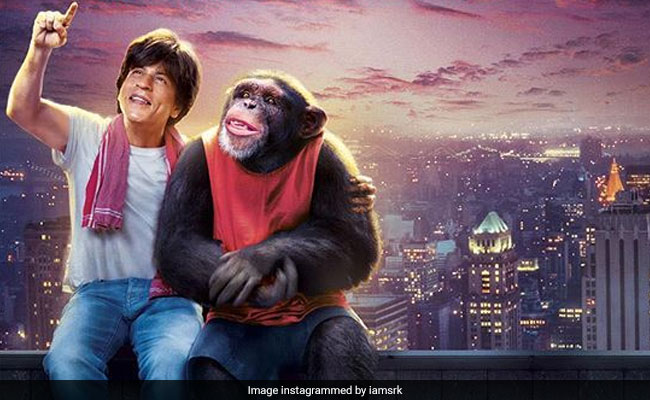 Writer Anjum Rajabali says Shah Rukh Khan backed out of astronaut Rakesh Sharma's biopic Saare Jahan Se Achha as he was shaken up by the failure of Zero. There were reports that Shah Rukh was sceptical to venture into another space film after Zero, which had its character travel to Mars for love and hence quit Saare Jahan Se Achha. At a panel discussion at FICCI Frames, Anjum, however, said the space angle was not the reason for the superstar to leave the film. "If you're asking me, there was a problem with the script (of Zero). Himanshu (writer Himanshu Sharma) is a very talented person but things go wrong sometimes," he said.

"I don't think he said no to Saare Jahan Se Achcha because of the space (angle). I think he's also pretty shaken up, he was banking a lot on that," Anjum said while moderating a panel discussion 'Screenwriters: The Creative Force Powering Indian Cinema's New Surge'.

Anjum said asking questions about Saare Jahan Se Achha was "dukhti rag pe haath rakhna" (hitting a raw nerve) but made an observation about how often makers blame everything else but the script when a film fails. "This whole practice and culture of postmortem, of analysing what went wrong hasn't really caught on. What happens then is, there are knee-jerk reactions rather than responses even from the makers," he said.

"Oh, it (the failure) could be because of the space and hence we put two into two together. Oh it's because the time wasn't right, nobody wants to see a star in a disabled person's role.' It could also well be that there was a problem with the DNA of the script," said Anjum.

Anjum, who has written films like Ghulam, The Legend of Bhagat Singh and Raajneeti, said a writer should also be involved in this "honest introspection to be able to determine where did things go wrong."

"Most of the times, when a film doesn't connect in spite of the fact that the idea was good, director was talented and the stars were attractive, it's because the script has gone wrong. That's where we need to be investing in," he said.