Shah Rukh Khan: Salman and I Are Friends; Box Office Clash For You, Not Us 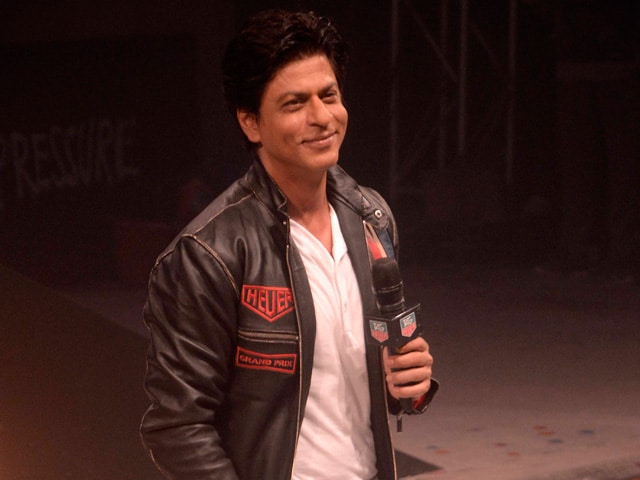 Shah Rukh Khan at an event in Mumbai.

Mumbai: Superstars Shah Rukh Khan and Salman Khan will be clashing at the box office next year with Raees and Sultan, respectively, but King Khan said that they are friends and do not consider it a clash. Both films are going to release next year on Eid.

"We have now become friends, so we will do everything together. For you all it is clash, but not for us. We both are going to do well then. There might be a business clash but there will be equal profit for us," Shah Rukh said at an event.

Directed by Rahul Dholakia, Raees, an action-thriller, features SRK opposite Pakistani actress Mahira Khan along with Nawazuddin Siddiqui. While Salman's Sultan will be produced by Aditya Chopra.

In 2006, Shah Rukh's Don and Salman's Jaan-E-Mann had released around the same time. While Don was a hit, the latter failed to create magic at the box office.

Shah Rukh and Salman have warmed up to each other over the years. Now they are often seen appreciating each other professionally and personally.

SRK even unveiled the teaser poster of Salman's Bajrangi Bhaijaan on microblogging site Twitter. "I liked the poster so I promoted it. I liked Salman's lips on the poster and he is looking very cool. I saw the trailer, I liked it as well," he said.

At the trailer launch, Salman had thanked the King Khan and Aamir Khan for their support.

"I loved what they did for me; Lots of love and respect to them. It's because of Aamir and Shah Rukh that our film (Bajrangi Bhaijaan) has got eyeballs, extra interest. They are my buddy brothers," Salman had said.