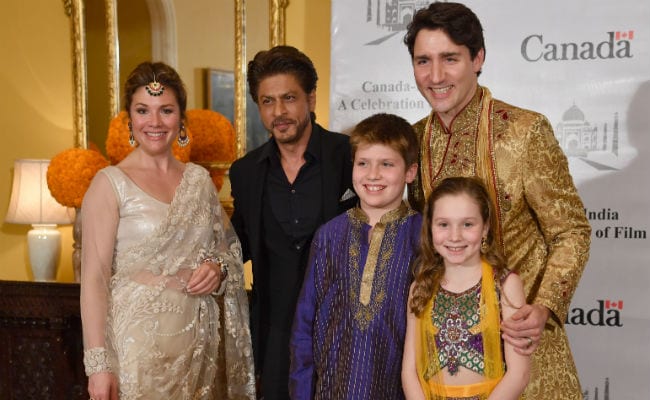 New Delhi: Superstar Shah Rukh Khan met Canadian Prime Minister Justin Trudeau and his family in Mumbai on Tuesday evening. Justin Trudeau, along with wife Sophie Gregoire, daughter Ella-Grace and sons Xavier James and Hadrien landed in Delhi last Saturday. They are on a week-long visit to India. News agency AFP shared the pictures of SRK with the Trudeaus, where they are seen in Indian attires. The Canadian PM wore a sherwani while Mrs Trudeau draped a beautiful off-white sari. (His younger son Hadrien is missing from the pictures). Justin Trudeau is meeting representatives of Indian Film industry today. They started their India visit with a trip to the iconic Taj Mahal in Agra. "For me to be able to be here on an official trip while bringing my kids with me to share this is really special and being able to enjoy this as a dad with my kids is really nice," he said after the visit. He is on his first state visit to India. 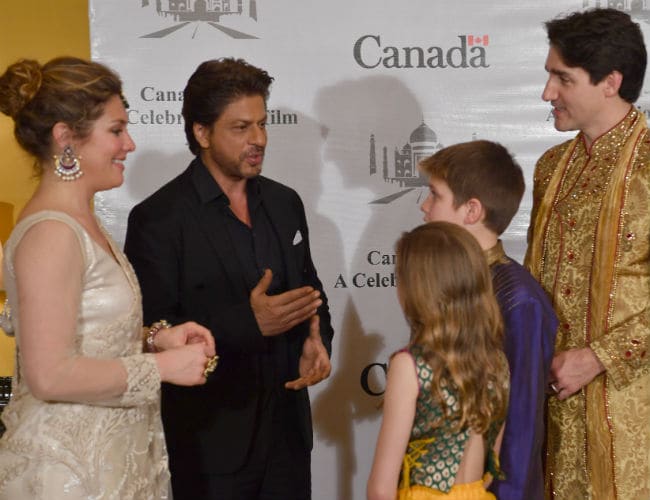 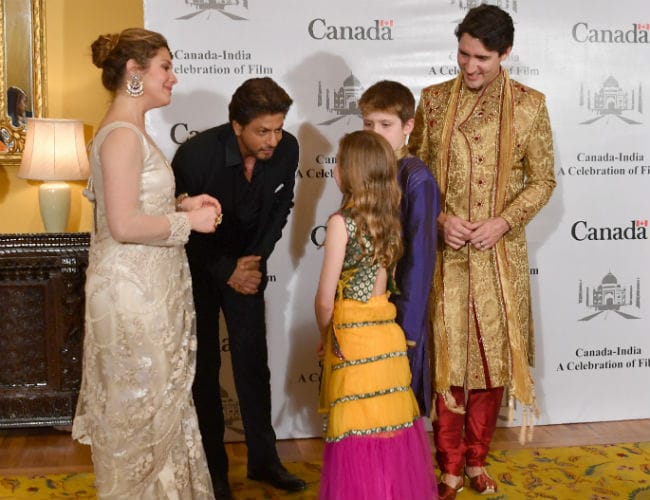 After Agra, the Trudeaus flew to Gujarat, Prime Minister Narendra Modi's home state. They visited Mahatma Gandhi's Sabarmati Ashram and the Akshardham Temple there. His Gujarat itinerary also included a discussion with the students at the Indian Institute of Management (IIM).

I was about Xav's age when I first visited the Taj Mahal almost 35 years ago... and it's amazing to be back with him & the family on Day 1 of our trip to India. pic.twitter.com/EN6VnkYBU2

Morning at Sabarmati ashram, where Mahatma Gandhi lived from 1917 to 1930. Fascinating and beautiful place of peace. pic.twitter.com/Np7X68bKqW

Justin Trudeau is also expected to participate in business round-tables in Mumbai. His bilateral meeting with PM Modi is scheduled for February 23.

Promoted
Listen to the latest songs, only on JioSaavn.com
Last month, when Israeli Prime Minister Benjamin Netanyahu was on a visit to India, he attended an event in Mumbai named Shalom Bollywood. He met stars like Amitabh Bachchan, Aishwarya Rai, Abhishek Bachchan and Karan Johar at the event.

Shah Rukh Khan is one of the most-acclaimed actors of the Indian film industry. He is currently filming Zero with Katrina Kaif and Anushka Sharma.