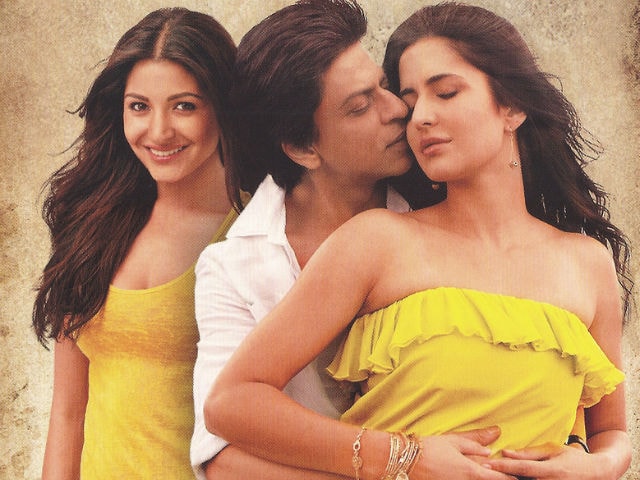 New Delhi: Actors Shah Rukh Khan, Katrina Kaif and Anushka Sharma, who featured together in the 2012 hit film Jab Tak Hai Jaan, have reunited again for director Aanand L Rai's upcoming film, reports new agency PTI. "I'm thrilled that Anushka joins Shah Rukh and Katrina for my next. From our very first meeting, she had an instant connect with the character. She seemed very excited about the challenges that this role entails," Mr Rai said in a statement, reports PTI. Katrina's casting in the untitled film was finalised earlier. The shooting for the film began last week in Mumbai. SRK, 51, is playing a dwarf in the film.

"She is at a more than ready stage in her career to essay a complex role like this. We have been working on her look and prepping for the film," Aanand L Rai said in a statement.

Meanwhile, PTI reports that the shooting of the yet-untitled film has been stalled as on Sunday, a portion of ceiling collapsed on the film's set. Two crew members suffered minor injuries in the incident. The shooting will resume next week.

Co-produced by Shah Rukh Khan's Red Chillies Entertainment, the film is scheduled to release next year on Christmas.

Shah Rukh and Anushka are awaiting the release of Imtiaz Ali's untitled film. It hits the screens on August 11. Anushka debuted opposite SRK in 2008's Rab Ne Bana Di Jodi.