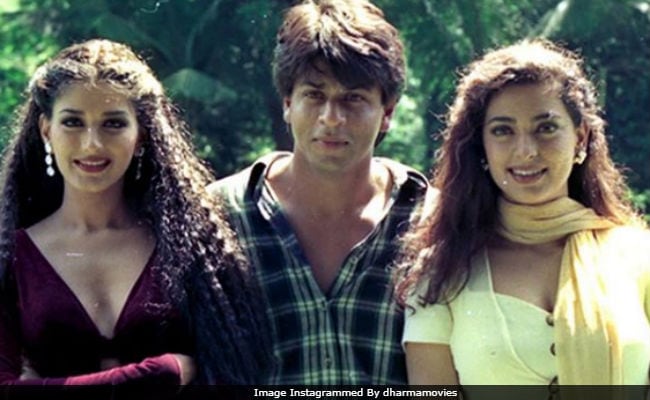 New Delhi: Superstar Shah Rukh Khan co-starred with actresses Juhi Chawla and Sonali Bendre in the 1998 film Duplicate. A picture of the three stars from the sets of the film, was shared recently by Dharma Movies' official Instagram account, and was captioned as, "Blast from the past with the king and two lovely ladies." In the picture, SRK can be seen wearing a blue and white checked shirt with trousers. While Juhi is dressed in what appears to be a yellow suit with a slit kurti and Sonali looks chic in wine-coloured dress. "One of my all-time favourite films" and "wonderful" are some of the comments posted on the throwback picture.

So very lovely to meet pretty little Suhana at the screening of #Ittefaq :) pic.twitter.com/TRt14pDrQt

How Shah Rukh Khan, Kajol And Karan Johar Marked 10 Years Of My Name Is Khan