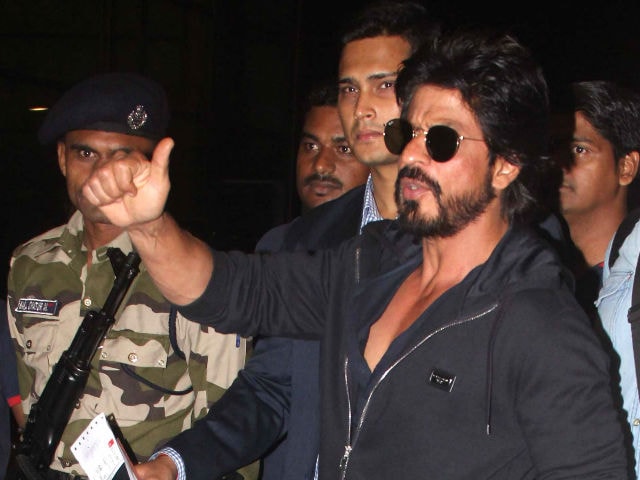 Dubai: Superstar Shah Rukh Khan has confirmed that he is in talks with Aanand L Rai, Imtiaz Ali and five other directors for their upcoming projects.

The 50-year-old actor, however, said he will be able to divulge more details only by June-July, when he starts working on the "new movies."

When asked if he is playing a dwarf in Mr Rai's next, Shah Rukh said, "Who reported this? I will tell you when I will do it. I am talking to Aanand and Imtiaz and five other directors. I will start new films in June-July after I complete last portions of Raees and will talk about them then."

It has also been reported that he will play a Sikh character in Imtiaz's film. Shah Rukh, meanwhile, will be seen playing a bootlegger in Rahul Dholakia's Raees.

The Dilwale actor praised his co-stars from the film, including Nawazuddin Siddiqui and Mahira Khan.

"Raees is little more in the real zone. It has a great team; you have Mahira, Nawazuddin and Zeeshan Ayyub. We have really fine actors. I am really impressed by the quality of the actors we have in the film and hopefully they will help me improve my performance," he said on the sidelines of TOIFA. (Also Read: Karan Johar 'Hopes' Salman and Shah Rukh do a Film Together)

The actor's next project is Gauri Shinde's yet-untitled film co-starring Alia Bhatt. Talking about the Highway actress, Shah Rukh said, "She is beautiful. I don't think she is in awe of me. I have seen her since childhood."

Shah Rukh is gearing up for the release of Fan, which has been directed by Maneesh Sharma. It will arrive in theatres on April 15.