Shaandaar First Look: Alia Has a Kiss For Shahid 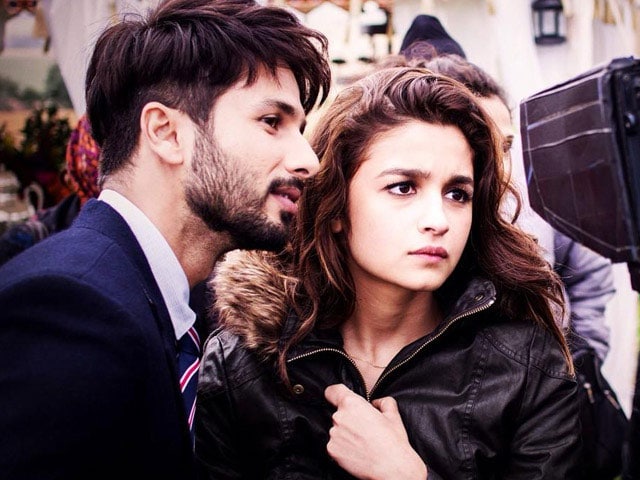 A still from Shaandaar

New Delhi: Just a day ago, they were fast asleep and had issued instructions that they not be disturbed. What a difference 24 hours makes. Now, Alia Bhatt and Shahid Kapoor are wide awake and raring to go in the first look of their upcoming film Shaandaar.

Alia, who was the first to tweet the poster, also confirmed that the film would release on Dussehra:

On Twitter, Alia - whose changed her handle to Shaandaar Alia, as is Bollywood tradition now - answered questions from fans after the release of the poster. She declined to reveal the name of her character in the film but did answer several other queries - the best thing about co-star Shahid is how charged he is on set, Kareena Kapoor (her Udta Punjab co-star) is a 'beautiful person, beautiful actor, just beautiful,' her favourite film this year has been Piku, she 'worked very hard' to dance with Shahid, and a funny thing happened on set when she fell off a bed.

This was the poster tweeted by the film's producer Karan Johar on Tuesday, showing Alia and Shahid taking a nap:

And they wake up tomorrow.....@aliaa08@shahidkapoor#ShaandaarFirstLookTomorrowpic.twitter.com/gG0Sg6Mxkb

Shaandaar is directed by Vikas Bahl and also co-stars Shahid's father Pankaj Kapur. The centerpiece of the film is a destination wedding. Besides Shaandaar, Alia and Shahid are also working together in Abhishek Chaubey's Udta Punjab.