Seen This Video Of Deepika Padukone And Ranbir Kapoor 'Goofing Around' On Balam Pichkari? 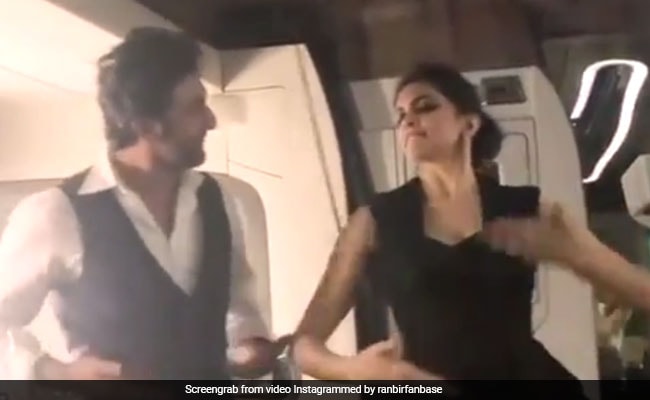 Ranbir Kapoor and Deepika Padukone in a still from the video. (Image courtesy: ranbirfanbase)

Deepika Padukone and Ranbir Kapoor's super hit film Yeh Jawaani Hai Deewani clocked 6 years on Friday and what could be a better way to celebrated than dancing? Well, the film's lead pair did just that to mark six years of the film. Film's lead actress Deepika shared a fun-filled video of herself along with her co-star Ranbir on her Instagram story, in which the duo could be seen dancing to the film's popular song Balam Pichkari. The duo might be dressed to perfection but they can be seen goofily dancing in the video and we absolutely loved it. Deepika can be seen wearing a black dress and has her hair tied in a bun while Ranbir can be seen dressed in a formal white shirt, black pants and a matching waistcoat. Deepika captioned the video: "Naina and Bunny goofing around."

For those who don't know, Naina and Bunny were the names of Deepika and Ranbir's characters in the film, respectively. The film also featured Kalki Koechlin and Aditya Roy Kapur in pivotal roles.

The video which was originally shared on Deepika's Instagram story was later curated by several fan clubs dedicated to the both the actors (there are so many). The video is going crazy viral on the Internet. Without much ado, check out the video here:

Deepika Padukone and Ranbir Kapoor reportedly started dating during the shooting of Bachna Ae Haseeno. After their break-up, the duo starred opposite each other in Yeh Jawaani Hai Deewani. They also shared screen space in Imtiaz Ali's 2015 film Tamasha.

On the work front, Deepika Padukone, will next be seen in Meghna Gulzar's Chhaapak, in which she plays the role of acid attack survivor Laxmi Agarwal. Sanjay Leela Bhansali's "Padmaavat" remains her last big release.

Ranbir Kapoor was last seen in the 2018 film Sanju. The actor has films such as Brahmastra and Shamshera in the pipeline.