Seen Sanjay Dutt's Royal Look In The Good Maharaja Yet?

After Bhoomi, Sanjay Dutt has collaborated again with filmmaker Omung Kumar for The Good Maharaja 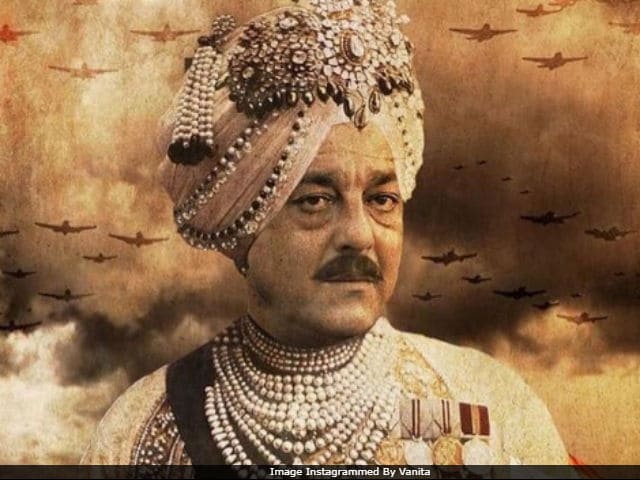 New Delhi: After Bhoomi, actor Sanjay Dutt has collaborated yet again with filmmaker Omung Kumar for The Good Maharaja, his next film. The first poster of the film, featuring Sanjay Dutt, was unveiled recently. The 58-year-old actor plays Maharaja Jam Sahib Digvijaysinhji Ranjitsinhji, the ruler of Nawanagar, a princely state in British India. During World War II, Maharaja Jam Sahib had set up refugee camps for the abandoned Polish people. The Good Maharaja is reportedly an Indo-Polish production. "We have photographs of the Maharaja for reference. We will take certain creative liberties but are trying to keep things as authentic as possible. Sanjay looks regal and it was his idea to do this role and I wanted to direct it because it's a superb story," mid-day quoted Omung Kumar as saying.

Sanjay Dutt recently completed shooting for Bhoomi, his comeback film. Bhoomi, directed by Omung Kumar, also stars actress Aditi Rao Hydari. She play Sanjay Dutt's daughter in the film. Of his comeback film, Sanjay Dutt said, "I have been looking for scripts that went beyond my screen persona. I wanted to do something vulnerable yet powerful. Bhoomi is an emotional and sensitive drama that explores the relationship between a father and daughter." Bhoomi hits the screens on September 22.

Apart from Bhoomi and The Good Maharaja, Sanjay Dutt and Omung Kumar have also collaborated for Malang. The film will directed by debutant Aarambhh Singh but is co-produced by Mr Kumar.