Rani Mukerji as Shivani Shivaji Roy, dressed as a cop, looks sharply into the camera, in a new still from Mardaani 2 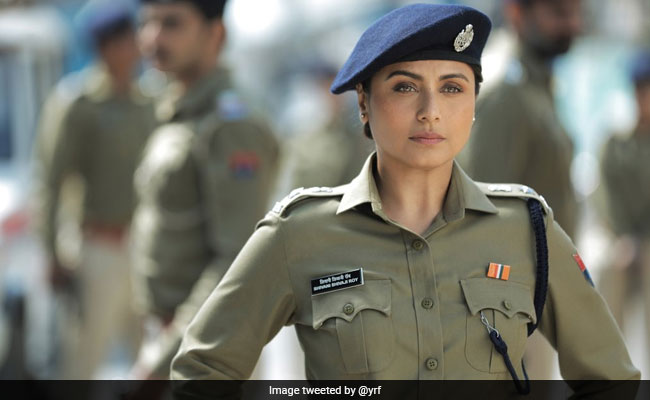 The makers of Mardaani 2 released the first look of the film's protagonist Rani Mukerji, who reprises the role of a cop in the movie. Rani Mukerji as Shivani Shivaji Roy, dressed as a cop, looks sharply into the camera, in the image released by Yash Raj Films. Mardaani is produced by Aditya Chopra and directed by newcomer Gopi Puthran, who wrote the script of Mardaani. The film went on floors recently and the team will shoot in Rajasthan next month. Speaking about the film's progress report, director Gopi Puthran said in a statement: "It's an intense one month long schedule in Rajasthan which forms the backdrop to the story of Mardaani 2. Rani's investigation will take her to Jaipur and Kota."

"Given that we are shooting in peak summer of Rajasthan, it will be physically demanding because Rani will be doing action sequences too," he added.

Mardaani, which released in 2014, was Rani Mukerji's first film after the birth of her daughter Adira. In the Pradeep Sarkar-directed film, Rani played the role of Shivani Roy, a cop who uncovers a child trafficking racket while she's looking for a young girl Pyaari, whom Shivani's niece befriends.

Actor Tahir Raj Bhasin played the cold and ruthless kingpin of the trafficking racket. When she announced the film in December, Rani Mukerji said that the villain of Mardaani 2 will be much worse. "Shivani will face a cold, merciless villain who has no empathy, no fear of God and is pure evil. The character has been written superbly and I'm excited to find out who the actor will be," she said.

Mardaani 2 is slated for release later this year.