Mardaani 2 Is Rani Mukerji's Next Film After Hichki 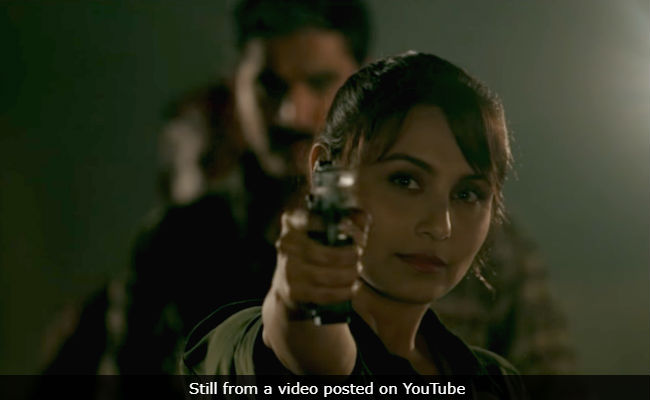 Soon after Rani Mukerji celebrated her daughter Adira's third birthday, the actress announced her next Bollywood project - Mardaani 2. Rani Mukerji will star in the sequel of her 2014 crime drama film. The film will be produced by her husband Aditya Chopra, head of Yash Raj Films, and it will be directed by newcomer Gopi Puthram, who wrote the story of Mardaani. "Mardaani is and will always be extremely close to my heart... Gopi has written an extraordinary script that we all love and I can't wait to start shooting this film soon," Rani Mukerji said in a statement posted on YRF's Twitter page.

In Mardaani, which was Rani's first film after the birth of Adira, the actress played the role of inspector Shivani Shivaji Roy, who destroys a human trafficking racket in the search of a young girl, whom her niece befriended.

The villain of Mardaani, played by Tahir Raj Bhasin was ruthless but this time, Rani Mukerji says Shivani's fight is against "pure evil." She said in the aforementioned statement: "hivani will face a cold, merciless villain who has no empathy, no fear of God and is pure evil. The character has been written superbly and I'm excited to find out who the actor will be."

Rani Mukerji was last seen in Hichki, which released earlier this year. In Hichki, Rani played the role of an aspiring teacher battling Tourette Syndrome. Hichki, adapted from Hollywood film Front of The Class (in turn adapted from Brad Cohen's autobiography of the same name), was a critical and commercial hit.

Mardaani 2 is set to go on floors next year and will release in the second half of 2019.