Rani Mukerji To Share Screen Space With A Debutante In Mardaani 2: Reports 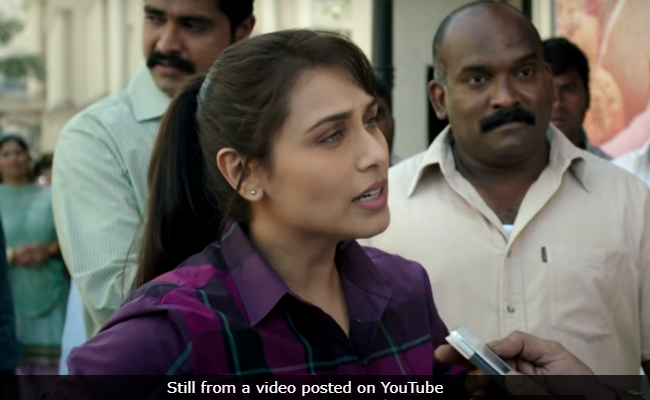 Rani Mukerji in a still from Mardaani. (Image courtesy: YouTube)

Rani Mukerji will reportedly be seen sharing screen space with a 21-year-old actor in her forthcoming film Mardaani 2. According to a recent DNA report, the debutante will be seen playing the antagonist in the crime-thriller. A source close to the project told DNA: "The makers have zeroed in on a young boy who will take on Rani in this much-awaited sequel. It will be a debut for this boy and everyone tells us that he is a talent to watch out for." The source added, "If Adi (filmmaker Aditya Chopra) has chosen him to be pitted against a powerful performer like Rani, one knows he must have definitely impressed the filmmaker. The role requires a menacing, blood-chilling performance and we are excited to find out who this young boy is."

In the first installment of the Mardaani series, Force 2 actor Tahir Raj Bhasin played the antagonist. Rani, who played the lead role in Mardaani released a statement on YRF's Twitter page last month, wherein she announced her association with the film. "Mardaani is and will always be extremely close to my heart... Gopi has written an extraordinary script that we all love and I can't wait to start shooting this film soon," read an excerpt from the statement.

In the aforementioned statement, the 40-year-old actress spilled the beans about the character sketch of the antagonist and wrote: "Shivani will face a cold, merciless villain, who has no empathy, no fear of God and is pure evil. The character has been written superbly and I am excited to find out who the actor will be."

Mardaani is a 2014 crime-thriller directed by Pradeep Sarkar. The film showcases the story of a righteous cop named Shivani Shivaji Roy, who destroys a human trafficking racket in the search of a young girl. The film was produced by Rani Mukerji's husband Aditya Chopra.

Rani Mukerji's last release was the 2018 film Hichki, which even premiered at the Shanghai International Film Festival in June last year.