Secret Superstar, the lifetime collection of which in India is Rs 30 crore, made over Rs 230 crore in five days in China 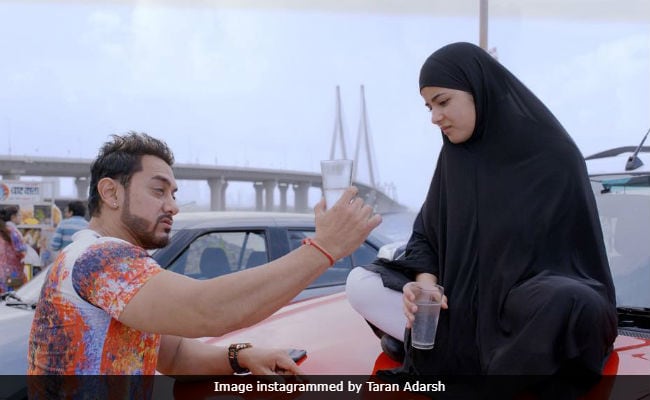 New Delhi: Aamir Khan's Secret Superstar is 'unstoppable' in China, tweeted trade analyst Taran Adash on Wednesday. Secret Superstar, which is produced by Aamir and his wife Kiran Rao, has collected Rs 236.81 crore as of Tuesday in China. The film release there last week and has rewritten Aamir's previous release Dangal's opening weekend record. The film starring Zaira Wasim in lead role crossed the Rs 200 crore-mark on the fourth day of its release. As of now, Aamir Khan is in China for the post-release promotion of Secret Superstar. Take a look at Secret Superstar's box office report card.

Though Taran Adarsh says that the film is "unstoppable" in China, a Variety magazine report stated that the upcoming Chinese New Year (when several Chinese films will hit the screens) may dampen Secret Superstar's success rate. "It enters the short window ahead of Chinese New Year... that will likely prevent Secret Superstar getting anywhere near the incredible $193 million performance of Dangal last year," reported Variety. Dangal remains the highest-grossing Indian film in China.

Secret Superstar, which was made on a budget of Rs 15 crore, made Rs 30 crore in India overall. During the film's promotion in China, Aamir Khan said that he was 'overwhelmed' by the outstanding business in the country. "If you tell a story of your own neighbourhood, your street perhaps, perhaps that will interest the world audience more. The more inward you go, the more you interest people from all over the world. That's what I believe in because people like to see different cultures and stories of different characters from different parts of the world," IANS quoted him as saying.