Secret Superstar may have shattered Dangal's opening weekend score but it may not be able to surpass its China box office total (well above, Rs 1,200 crore) 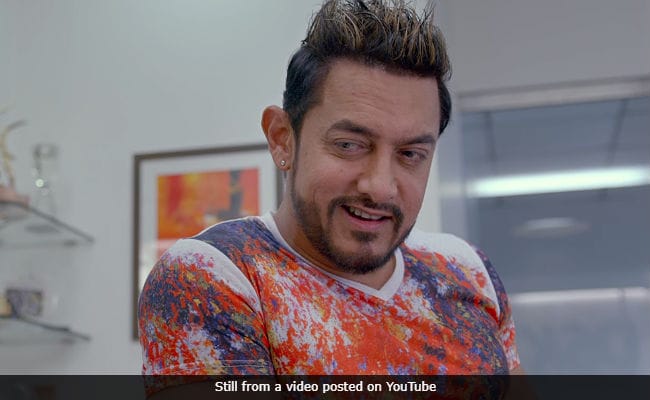 New Delhi: Secret Superstar, Aamir Khan's latest film conquering China's box office, shows no signs of slowing down after the first weekend. Trade analyst Taran Adarsh revealed that the film crossed the Rs 200 crore-mark on the fourth day of its release, way more than its lifetime business in India. Secret Superstar, produced by Aamir and his wife Kiran Rao, was made on a budget of Rs 15 crore and its final box office number in India was Rs 63 crore. Secret Superstar, just four days old at China box office, has already bested Aamir's previous release Dangal's opening weekend score. Dangal which was a phenomenal success in China pocketed Rs 80 crore in three days while Screet Superstar made a whopping Rs 174 core in the same time.

Last year, Dangal took China's box office by storm and collected over Rs 1,200 crore. But according to a Variety magazine report Secret Superstar may not be able to surpass this figure. "(Secret Superstar) enters the short window ahead of Chinese New Year, which will see a host of local Chinese film releases. That will likely prevent Secret Superstar getting anywhere near the incredible $193 million performance of Dangal last year," reported Variety.

Apart from Aamir Khan, Secret Superstar also features his Dangal onscreen daughter Zaira Wasim. The Advait Chandan-directed film is the story of a budding singer and how she breaks free of societal shackles to make a name for herself in the music industry.

Promoted
Listen to the latest songs, only on JioSaavn.com
After Aamir Khan, it will be Salman Khan's turn to try its luck in China. His 2015 film Bajrangi Bhaijaan will open across 8,000 screens in China on March 2.