"When I was first approached for Pavitra Rishta 2, I was taken aback," wrote Shaheer Sheikh 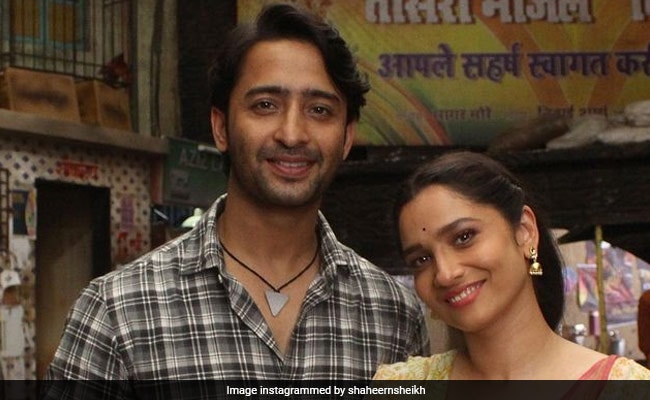 In his post, Shaheer Sheikh added: "Then I thought, knowing Sushant he was one to take every challenge head on. And so I decided that while it is scary to step into his shoes and live up to audience expectations... it is scarier to not even try. And so I did what I felt he would do, if he was in my position. I took the challenge. When the team told me they wanted someone who was earnest so that we could all tell a story that was a fitting homage to Sushant's legacy... I decided to give it my all and leave the rest to the audiences and to The All Mighty."

Dedicating a message to late actor Sushant Singh Rajput, Shaheer Sheikh added: "Working with a team that loved and respected him immensely only adds to the genuine intent in all our hearts. Sushant, you will always be Manav. Nothing can change that and no one can replace that. I may not be as good, and I may not do justice to it like you did, but I promise to give it my all."

Sushant Singh Rajput started his career in television with Ekta Kapoor's 2008 show Kis Desh Mein Hain Meraa Dil, in which he was cast as the second lead. Pavitra Rishta marked his debut show as the main lead. Ankita Lokhande and Sushant Singh Rajput fell in love while starring on Pavitra Rishta, which made stars out of both the actors. Cast as lovers in the show, Ankita and Sushant dated for six years till parting ways in 2016. They were one of the most popular TV couples, both on screen and in real life. Sushant, who shot to fame with Pavitra Rishta, switched careers and made his Bollywood debut with Kai Po Che!. Sushant Singh Rajput's last film Dil Bechara released after his death.

Malaika Arora's Note To Self When Son Was Born: "Won't Lose Identity In Process Of Being A Mom"