Deepika Padukone featured on the Highest Paid Actresses list in 2016, ranking at #10 but she fell off the list in 2017 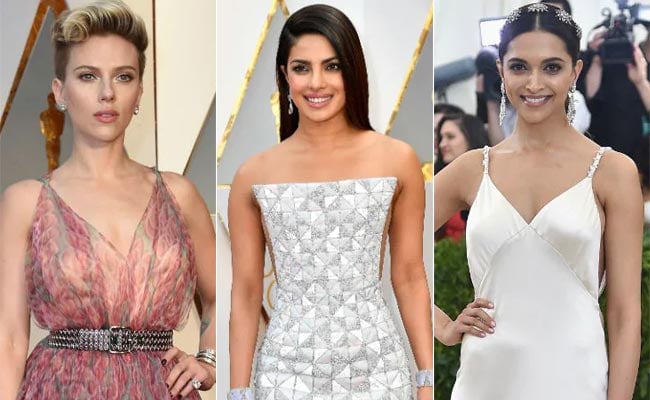 Forbes has released its list of Highest Paid Actresses and Deepika Padukone, who dropped off the list in 2017, hasn't made a comeback this year as well. Also missing is desi girl Priyanka Chopra (who ranked on Forbes 100 Most Powerful Women List this year). Scarlett Johansson has been named as the highest paid actress second time in a row by Forbes in their recently released list. Forbes ranks Scarlett Johansson at the top of their list again, with earnings of $56 million and attributes a chunk of the hefty sum to her association with Marvel Cinematic Universe. Scarlett Johansson is looking forward to a Black Widow spin-off with "an eight-figure cheque" while she also scored "an impressive back-end payment of about $35 million" from the wrap-up Avengers movie Avengers: Endgame, which broke all records to become the second highest-grossing film ever.

Second on the list is Sofia Vergara with earnings of $44.1 million while Reese Witherspoon takes up the third spot with $35 million. The fourth and fifth spots are booked by Nicole Kidman and Jennifer Aniston with earnings of $34 million and $28 million respectively. Kaley Cuoco features on the sixth spot with $25 million while Elisabeth Moss is at number seven with $24 million. Margot Robbie is listed at number eight with $23.5 million, Charlize Theron is at number nine with $23 million while Ellen Pompeo rounds of the list with $22 million.

Earlier this year, Priyanka Chopra was placed at #94 on Forbes' List of 100 Most Powerful Women of 2018 - she's one of only four Indians on a list topped by outgoing German Chancellor Angela Merkel. Meanwhile, Deepika Padukone featured on the Highest Paid Actresses list in 2016, ranking at #10 but she fell off the list in 2017 and hasn't made a comeback since. Last year, Deepika Padukone was listed as the highest earning female celebrity in India and ranked above several male stars on Forbes list of 100 India Celebs. Bollywood superstar Akshay Kumar was recently named as the Fourth Highest Paid Actor by Forbes.