Salman Khan is the richest Indian celebrity, as per 2018 Forbes India Celebrity 100 list 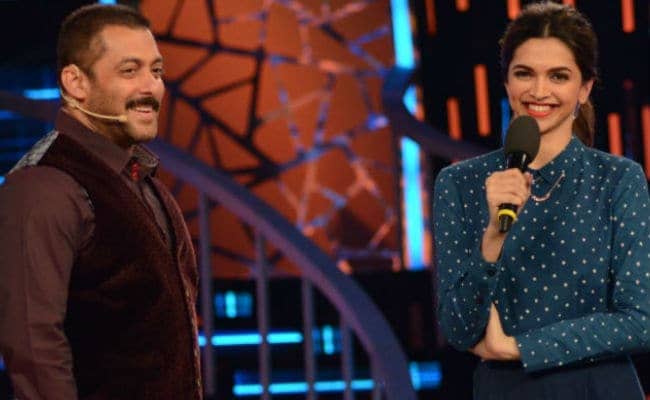 Superstar Salman Khan is the richest Indian celebrity for the third year in the row, as per the 2018 Forbes India Celebrity 100 list. If that's not exciting then this will be - Deepika Padukone has moved up seven places from #11 last year to #4 now. Deepika, newly married to Ranveer Singh, is now not only the highest earning female celebrity in India, she's also several spots above male stars like Shah Rukh Khan, who dropped from second place to 13th. Cricketer Virat Kohli and Akshay Kumar fill the gap between Salman and Deepika. M S Dhoni rounds up the top 5.

Virat Kohli's earnings have been recorded at Rs 228.09 crore while Akshay's earnings are at 185 crore. Akshay recently starred in Rajinikanth's 2.0, who also features on the list (more on that later).

Aamir Khan and Amitabh Bachchan hold the sixth and the seventh positions respectively.

Ranveer Singh took eighth spot with his income having been recorded at Rs 84.67 crore.

Meanwhile, 2.0 star Rajinikanth featured at #14 with earnings of Rs 50 crore. The Tamil and Telugu film industries have seven actors each on the list while Malayalam star Mammootty represented Kerala.

Nayanthara is the only South Indian actress to make it to the list. She secured the 69th position, which is two spots ahead of actor-politician Kamal Haasan.