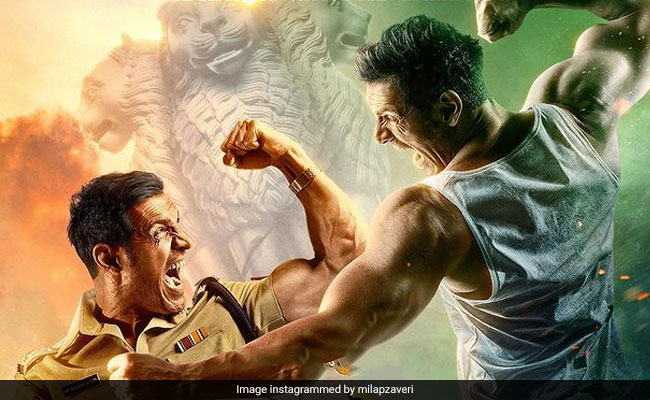 The release date of John Abraham and Divya Khosla Kumar's upcoming film Satyameva Jayate 2 has been postponed amid the second wave of coronavirus pandemic. The movie, which is the second installment of the Satyameva Jayate franchise, was earlier scheduled to be released on May 13 this year. Milap Zaveri, who is directing the film, announced the news on Instagram on Tuesday. Milap shared a statement on the platform in which he informed everyone that Satyameva Jayate 2 has been delayed. However, the makers are yet to announce the new release date of the film.

The statement read, "In these unprecedented times, nothing matters more than the safety and health of our countrymen and patrons. Our film Satyameva Jayate 2 will now release on a later date. Till then let's keep our masks on and do our best to keep our loved ones and ourselves out of harm's way. Jai Hind. - Team SMJ2."

In his caption, Milap wrote, "Stay Safe India. Be strong. Help those you can. This too shall pass. See you soon at the movies #SatyamevaJayate2."

Divya Khosla Kumar, who is playing the lead role opposite John Abraham in Satyameva Jayate 2, also shared the news on her Instagram handle. "Announcement. #SatyamevaJayate2," the actress wrote in her caption.

The postponement Satyameva Jayate 2's clash with Salman Khan's Radhe has been averted though it is unclear if Radhe itself will release at the appointed time.

Earlier in March this year, director Milap Zaveri had announced on Instagram that the film will release on May 13 on the occasion of Eid. "This EID it's JOHN vs JOHN as #SatyamevaJayate2 releases on 13th May 2021! LADENGE iss SAAL, dono BHARAT MAA KE LAAL!" he wrote in his post.

In January, the makers had announced that Satyameva Jayate 2 will release on May 14. Last year, the movie was scheduled to be released on May 12.

Take a look at the previous announcements:

Satyameva Jayate 2 features John Abraham and Divya Khosla Kumar as leads. John will play double roles (Satya and Jay) in the upcoming film. Actors Anup Soni and Rajeev Pillai will also be seen in the movie. It is a sequel to the 2018 film titled Satyameva Jayate which featured John Abraham, Aisha Sharma and Manoj Bajpayee. In the 2018 film, John played the role of Virendra, a vigilante who kills corrupt police officers. Aisha played John's love interest in the movie. Manoj Bajpayee was cast as Shivansh Rathod, an honest police officer who is called to hunt Virendra down.