John Abraham Is Deadly In This Satyameva Jayate 2 Poster. Film Releases On Eid 2021 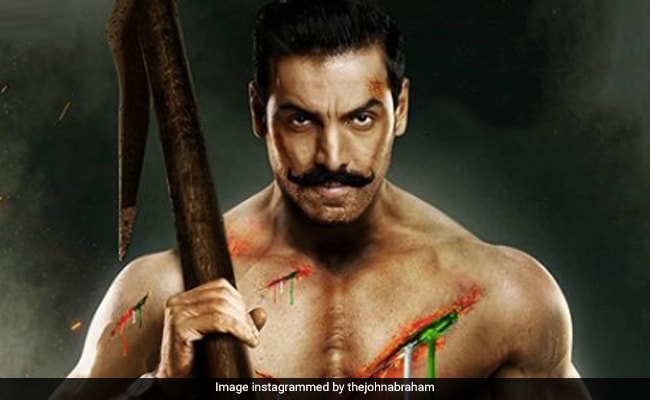 Now we know what John Abraham meant when he said that he had look somewhat like the Hulk in his upcoming movie Satyameva Jayate 2. On Monday, the 47-year-old actor shared a brand new poster of the movie, and described the patriotic theme of the storyline in these words: "Jis desh ki maiyya Ganga hai, wahan khoon bhi Tiranga hai!." John also shared that the movie will release on Eid next year - May 12, 2021. In the post, a bruised and bare bodied John Abraham bleeds the colours of the National Flag.

John Abraham sports a rather bulky physique in the poster, which reminds us of the "benchmark" director Milap Zaveri had set for him. Take a look at John Abraham's post here:

Earlier this year, John shared this ROFL post about Milap Zaveri's high expectations from him about a miraculous physical transformation to match that of superhero Hulk. "Benchmark set by Milap Zaveri. Work cut out for me during this break," wrote John, hinting at the stalling of shoot because of the coronavirus outbreak.

Satyameva Jayate 2 resumed its schedule in June, when the director welcomed back John Abraham on the sets with this message: "Reunited with my Hulk, my Hero, my Ram, my John Abraham after 3 months!"

Satyameva Jayate 2 also stars Divya Khosla Kumar and will be co-produced by her husband Bhushan Kumar and Krishan Kumar, Monisha Advani, Madhu Bhojwani and Nikkhil Advani. The film was earlier supposed to release on Gandhi Jayanti but has been postponed because of the delayed schedule.