John Abraham Has To Transform Into Hulk During Coronavirus Break, "Benchmark" Set By Satyameva Jayate 2 Director

"Work cut out for me during this break," wrote John Abraham 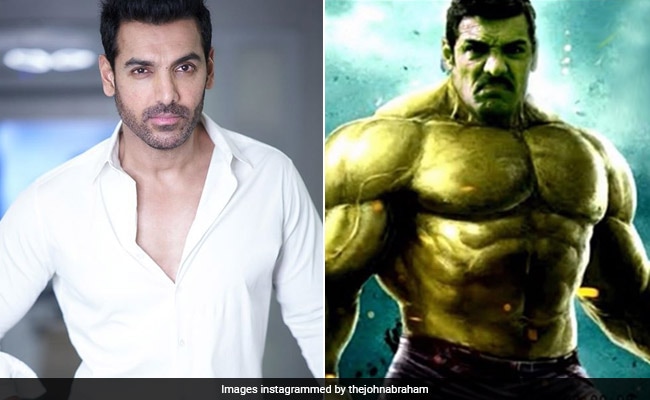 Have you seen John Abraham's latest post on Instagram yet? It will leave you in splits. The actor, on Tuesday, shared a hilarious picture of himself on his social media profile, which features him photoshopped as Marvel superhero Hulk. In the fan-made picture - originally shared by Milap Zaveri (the director of John's upcoming film Satyameva Jayate 2) - the actor can be seen striking Hulk's famous pose. Sharing the post, John hilariously wrote that he will use the Coronavirus "break" to bulk up like Hulk for Satyameva Jayate 2, a "benchmark" set for him by Milap. "Benchmark set by Milap Zaveri. Work cut out for me during this break. #satyamevajayate2 #staysafeindia," read John's caption.

And here's how Milap captioned the same post: "Hulk Abraham! Love this fan art I came across online! John Smash!"

On the work front, John Araham will also be seen in Sanjay Gupta's Mumai Saga and Lakshya Raj Anand's Attack. He was last seen in Pagalpanti.