Satymeva Jayate 2: John Abraham Is Back As The 'Crusader For Justice' 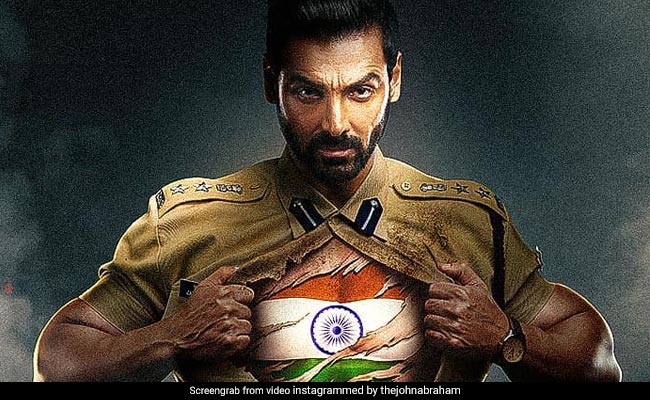 John Abraham shared the first poster of is forthcoming film Satyameva Jayate 2 on Tuesday and it occupied a spot on Twitter's trends list in no time. In the poster, John Abraham can be seen tearing off his shirt to reveal an Indian flag. The expression on John Abraham is fierce. In his post, the actor revealed that the film is slated to release on October 2, next year. "The truth prevails again. Returning next Gandhi Jayanti, October 2, 2020 - Satyameva Jayate 2," read the caption on the post shared by the actor.

Take a look at the poster of Satyameva Jayate 2 here:

Meanwhile, Divya Khosla Kumar, who is the latest addition to the cast of the film, also unveiled her look. Not much can be deciphered about her role in the film. She can be seen dressed in a white kurta and churidar set and her clothes take on the silhouette of an Indian map. The caption on Divya's post read: "Bringing in naari Shakti for Satyameva Jayate 2."

Just like the first installment of the series, Satyameva Jayate 2 will also be directed by Milap Zaveri. In an interview with news agency IANS, Milap Zaveri said, "Satyameva Jayate is twice the action, emotion, power, patriotism and punch. Led by John Abraham back as a crusader for justice and with Divya Khosla Kumar joining the franchise, I hope next Gandhi Jayanti we provide the audiences with a powerful entertainer that also gives a strong message against corruption."