Satyameva Jayate Movie Review: Manoj Bajpayee, a gifted actor, allows himself to be trapped in a hopelessly disjointed script. 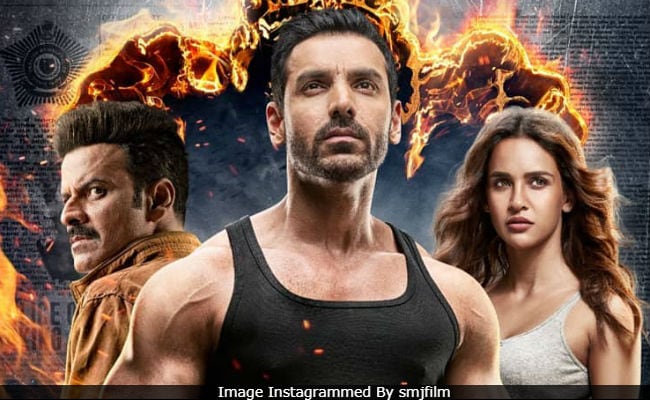 In every bit of every frame of Satyameva Jayate, the truth stares us in the face: it is the sort of vigilante action flick that one thought Bollywood had successfully put behind itself long ago. The makers of this violent anti-corruption drama (written and directed by Milap Milan Zaveri) do not seem to have the slightest clue how dangerous its kill-and-burn messaging is in an era in which mobs need little provocation to resort to extra-judicial methods to spread fear.

In the film's opening sequence, a homily-spouting pyromaniac, Veer (John Abraham), in the middle of the night, burns a corrupt cop alive on a funeral pyre to the accompaniment of ear-splitting scriptural incantations. He doesn't stop there. Early next morning, he leaves the victim's ashes outside the police station neatly stuffed into an urn.

A few sequences later, Veer is back in action, viciously pumping gasoline into the mouth of another policeman gone astray and lighting a matchstick to send the man up in flames. "Tu iss aag mein jalega dard agle janam tak chalega (You will burn in this fire, the pain will last until your next birth)," the vigilante thunders, revealing his fascist fangs in all their ugliness. 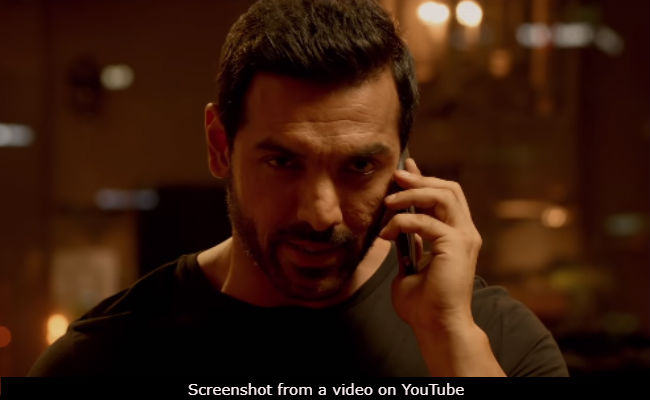 Before the final strike, he quips to his cornered quarry that the next morning's newspaper headlines will read: "Petrol ke daam aur Damle dono upar gaye (The price of petrol and Damle have both gone up)." The audience is supposed to marvel at this point at the skills of the dialogue writer.

Just a tad earlier, before dispatching another errant cop to a fiery death, Veer had uttered: "Note badle par neeyat nahin, Patil ho ya Qadri sabki ek biraadari (Currency notes have changed but not the intentions, be it Patil or Qadri they are of the same fraternity)." All this might sound defiantly political, but do not be misled by the ballast. One angry man in the street, supporting the cop killings, stands before a TV camera and expresses the hope that similar treatment is meted out to avaricious government officers as well. Not a word on the politicians. In the worldview propounded by Satyameva Jayate, the cops are to blame for all our ills.

The marauder's intention is to instill fear in the hearts of corrupt policemen. He isn't afraid of the law and that is his biggest strength, says the Mumbai police commissioner (Manish Chaudhary), summoning his best officer, deputy commissioner of police Shivansh Rathod (Manoj Bajpayee) from an outing and tasking him with the job of capturing the dangerous vigilante on the loose.

Rathod is out fishing with his daughter when he receives the chief's SOS. He turns to his daughter and says: "Chhoti machli bahut pakad li, ab magarmachh pakadne ka waqt aa gaya hai (I've caught enough small fish, it is time to go for an alligator now)." So, this isn't any old cat-and-mouse game, it is an all-out clash of shrill dialogue-baazi. 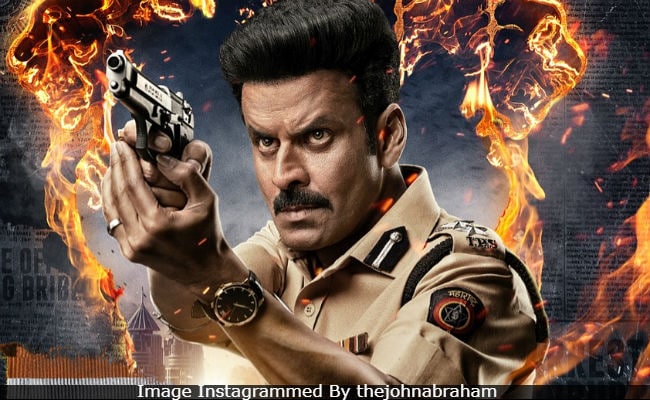 Bajpayee is a wonderfully gifted actor who allows himself here to be trapped in a hopelessly wayward, disjointed script. So when in the climax he breaks down and bawls, one can understand exactly what is going on in his mind. Satyameva Jayate, in the form that it is on the screen, surely couldn't be what Bajpayee would have bargained for when he signed up for the project.

But this is John Abraham's comfort zone. Going on the rampage is all in a day's work, be it springing to the aid of a young man wrongly confined in a police station and tortured or a girl assaulted by a policemen. Veer might be a ruthless killer for a cause but he is a good guy with a good enough reason for his marauding ways.

The back story, which pans out in the second half of Satyameva Jayate, is as clichéd as they come. It is centred on two sons of a wronged policeman, who is honest to a fault, a gallantry medal defiled and a suicide by fire. Veer decides to defend his dad's honour and, while making a living as a painter, eliminate all those who don't deserve to wear a policeman's khakis. He hollers and hectors - that is Abraham's stock and trade - as he goes about wreaking havoc.

Amid the trail of destruction that he leaves behind, he has the time to romance a pretty veterinary doctor (Aisha Sharma), who, when we first meet her, harangues a politician for flying the national flag upside down. It's no big deal, says the politician. It is, the girl insists, for the soldiers defending our borders and for filmgoers who stand up when the national anthem is played ahead of a movie show - a ridiculous equalization all right, but no worse than all the other putrid ideas that form the crux of the film.

The upright, fearless DCP Shivansh Rathod, on his part, takes upon himself the mission of restoring the rule of law. But the film isn't interested in peaceful means of settling scores: it revels in relentless bloodshed. "Har mujrim apne aap ko masiha samajhta hai (Every criminal considers himself a Messiah)," Shivansh says to Veer. "Har vardiwala apne aap ko khuda manta hai (Every man in uniform regards himself as God," the latter sneers in response.

In the 'morality' tussle between a putative saviour and an unflappable defender of justice, it is cinema that takes a major beating. Satyameva Jayate, truth be told, is a film that has no apparent reason to exist. Not a shred of it is original. At best, it makes a silly spectacle of beating a dead, decomposed horse. At worst, it is a product of a tendentious mind. Satyameva Jayate is nonsensical, with nary a nod to logic.