"The movies that I make, demand a certain kind of courage, dedication and absolute submission which I find new actors can give," said Abhishek Kapoor 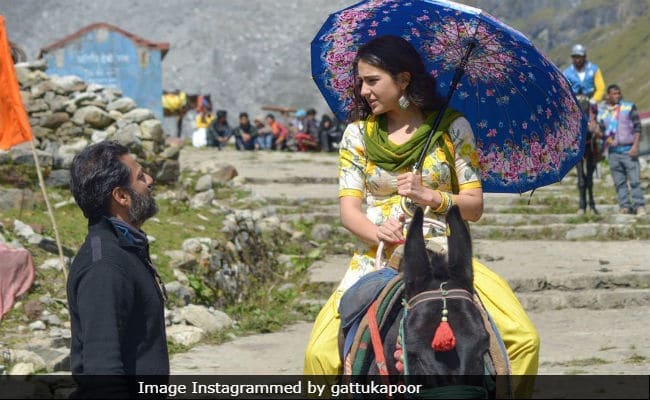 Abhishek Kapoor with Sara on the sets of Kedarnath. (Image courtesy: gattukapoor)

Kedarnath director Abhishek Kapoor has quite a bit of a reputation for launching newcomers in Bollywood. Abhishek, who has given breaks to actors like Farhan Akhtar (in Rock On!!) and Sushant Singh Rajput (in Kai Po Che!) and is now set to launch Sara Ali Khan in the upcoming film Kedarnath, believes that it is a mere coincidence that he launches many newcomers in the film industry, reports news agency IANS. The 47-year-old actor told IANS: "This is not my intent. It's just a coincidence that I happen to launch a lot of new faces. However, I am here to make films. Sometimes the characters that I have in my film are very young... The movie that I make demands a certain kind of courage, dedication and absolute submission which I find new actors can give provided they have talent." During the media interaction, the Fitoor director added, "Not every newcomer is talented, so they have to have something for me to fully and thoroughly exploit them through performances."

Introducing a new actor is a huge responsibility, not only in terms of bringing the best out of an actor but also towards a film that can be v demanding and towards other actors who are bringing their best game to the task at hand . Everything can collapse if one of the most imp characters is not up to mark. It takes a lot out of everyone in the team to support the new entrant ... and when that actor eventually delivers its a celebration and the credit goes to every single member of the team.. a huge shout out to every member of the cast and crew of our film #kedarnath. #jaibholenath @sushantsinghrajput @saraalikhan95 @pragyadav @rsvpmovies @gitspictures #ronniescrewvala

In an interview with Mumbai Mirror a few months ago, Abhishek Kapoor revealed that he not only gave Sara her big break in Bollywood but also recommended her name for her second film Simmba. Abhishek told Mumbai Mirror: "In fact, I was the one who called up Rohit (Simmba director Rohit Shetty) and told him to consider Sara for his film, after Kedarnath hit a rough patch with the earlier producer."

Kedarnath, starring Sara Ali Khan and Sushant Singh Rajput, showcases a love story, which is set against the backdrop of the 2013 Kedarnath floods. The film will open in theaters on December 7.