Soha Ali Khan On Sara's Bollywood Debut: 'She Is Going To Make A Big Impact' 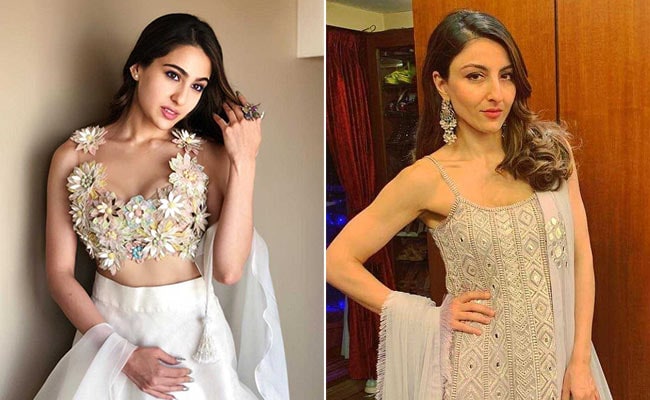 Soha Ali Khan believes that her niece Sara Ali Khan, who is all set to make her Bollywood debut with Kedarnath, will make a "big impact" in Bollywood, the actress told news agency PTI. Soha has watched the promos and trailer of the Abhishek Kapoor-directed film and said that she "liked" Sara's work in it. "Sara is very talented. I liked the promo of Kedarnath and I liked her work in it. She is confident, talented and she has got the right film to launch her, the promo of which looks exceptional. I think she is going to make a big impact and I wish her all the best," PTI quoted the 40-year-old actress as saying.

Sara Ali Khan also made her debut on Koffee With Karan 6 recently with father Saif Ali Khan, and Soha said that she "enjoyed" watching the father-daughter-duo on screen. "I also saw the episode of Koffee With Karan and that also I enjoyed watching," Soha said.

When Soha Ali Khan was asked if she had a word of advice for her niece, this is what she said: "I don't think she needs it. She is very capable. My mother always said, there is always a director on the sets of a film and you must follow the director."

Sara Ali Khan will make her Bollywood debut opposite Sushant Singh Rajput. Sara plays the role of a Hindu girl Mukku, who falls for a Muslim pithu (one who carried pilgrims on their back) Mansoor. Kedarnath is a love story set against the backdrop of the devastating Kedarnath floods in 2013.

Kedarnath is jointly produced by Abhishek Kapoor's Guy In The Sky Pictures and Ronnie Screwvala's company RSVP. The film hits screens on December 7.