It appears that just like Kareena Kapoor, Sara Ali Khan too is not a believer of exaggerated airport fashion. 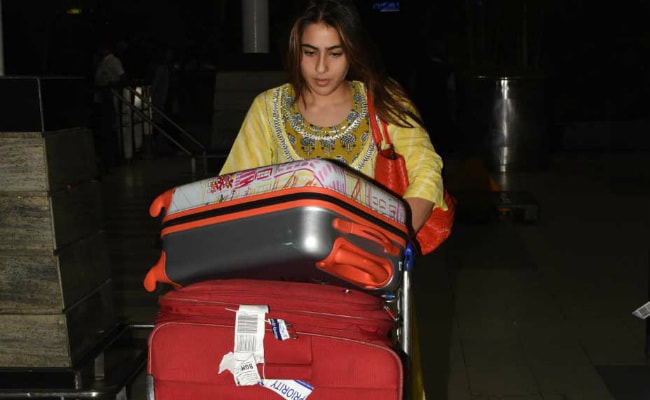 Actress Sara Ali Khan was spotted balancing a trolley full of luggage at the Mumbai airport on Monday evening as she checked out of the gates and made her way to the car. This was enough to impress the Internet, who couldn't stop commenting on an airport video Instagrammed by photographer Manav Manglani. "She's the only star I have seen pushing her luggage. Well done," wrote a fan while another added: "Hats off, it is that simplicity that will take you to places." Another surprised user wrote with lots of hearts: "I have never seen any star carry their luggage like this. What is this!"

Sara Ali Khan surely doesn't travel light and the video shows Sara was concentrating hard to not let her baggage topple off the cart while the paparazzi followed her at close heels. Amidst the incessant flashbulbs and the madness, Sara also greeted the shutterbugs with the cutest smile and exchanged pleasantries: "Main theek hoon... aap kaise ho?". "Sara's so polite with people as well," read a few comments.

And it appears that just like Kareena Kapoor, Sara Ali Khan too is not a believer of exaggerated airport fashion. 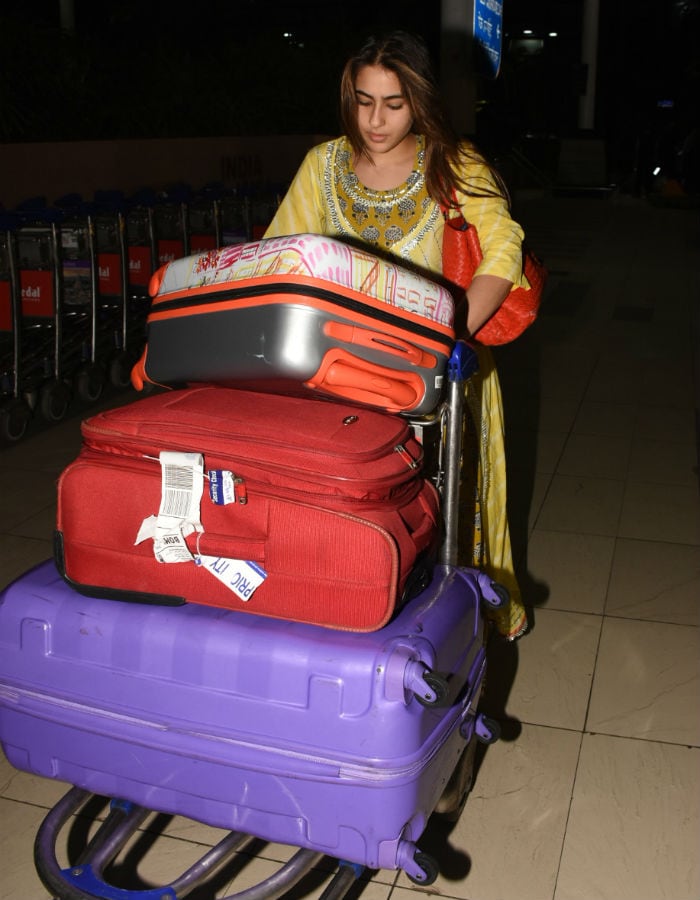 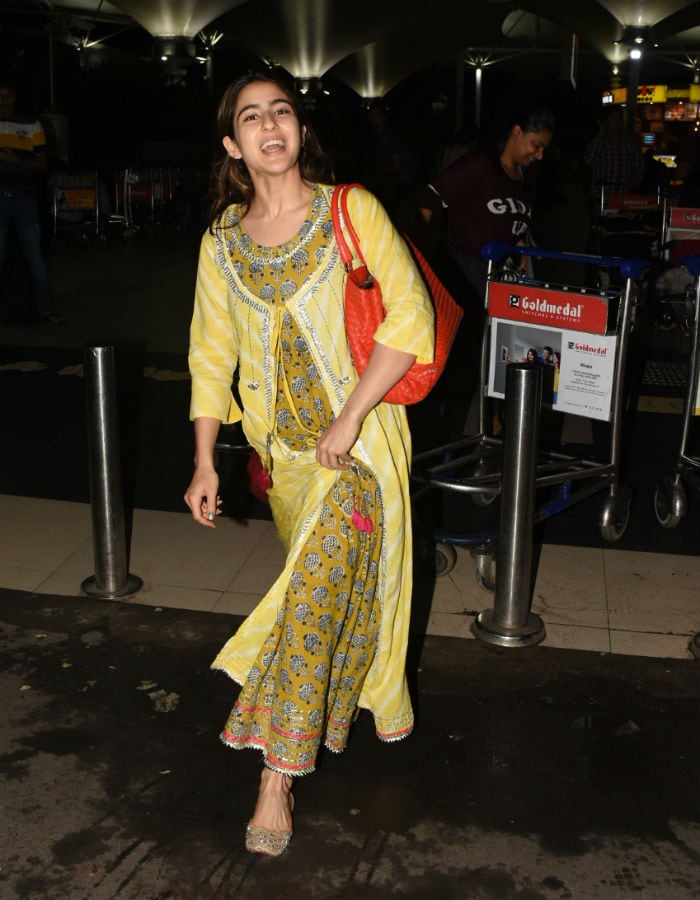 Meanwhile, Sara Ali Khan hasn't completed a year in Bollywood yet but has starred in two films already and has two more on her roster. Sara just wrapped shooting for Imtiaz Ali's new film with Kartik Aaryan, which is tentatively titled Love Aaj Kal 2. Sara will also co-star with Varun Dhawan in the Coolie No 1 remake. She made her debut with Kedarnath in December last year and also starred in Ranveer Singh's blockbuster Simmba.