The last time when Sara, Saif Ali Khan and Amrita Singh had dinner together 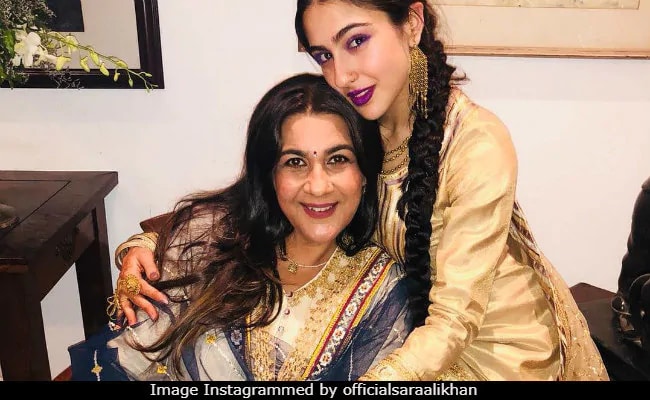 The Koffee With Karan episode featuring Sara Ali Khan and Saif Ali Khan had several references to Amrita Singh - Sara's mother and Saif's ex-wife. On Wednesday, Sara and Amrita are trending yet again for an episode of unseen Koffee confessions, in which the Simmba actress opened up about the last time when she hung out with her parents together. Karan Johar redirected the question to Saif Ali Khan, who appeared to struggle to remember the exact occasion: "I think when Sara was graduating... not graduating... something in Columbia in America." Sara, who described the day as a "cherished" memory, said: "You all had come to drop me... to the university."

"Ya, we had dinner together in New York," added Saif.

Recollecting her first day in the university, Sara said: "It was nice. I was going to college and mom had come to drop me and abba was also there. Actually my father and I were having dinner and then we decided to call mum there. Then she came and we had a good time. And then they set me up in college together, I remember. And it was actually quite a sight because you were seeing, Amrita Singh. And for those of you who know her, it's a funny sight. Like she's making my bed! And Saif Ali Khan is putting the bulb in the lamp. And it was really very nice and I cherish that!"

Saif Ali Khan and Amrita Singh divorced in 2004 after 13 years of marriage. Apart from Sara, they are also parents to a son named Ibrahim. Saif married Kareena Kapoor in 2012 and the couple are parents to two-year-old Taimur.

In one of the later episodes of Koffee With Karan, Kareena Kapoor revealed she's never really met Amrita Singh. When asked if she's in touch with her husband's ex-wife, Kareena said: "No, but I have utmost respect and regard for her. We've never met." Sara Ali Khan, who stays with Amrita Singh, had said on the show that she shares a friendly relationship Kareena and would love to go shopping with her.

Sara Ali Khan made her Bollywood debut with Kedarnath and then quickly celebrated the success of Simmba, which made Rs 200 crore. She is reportedly starring in a film with Kartik Aaryan - the Love Aaj Kal sequel by Imtiaz Ali.

A Glimpse Of Smriti Khanna's "Last Picture" With Her Baby Bump