"I have utmost respect and regard for her," said Kareena Kapoor 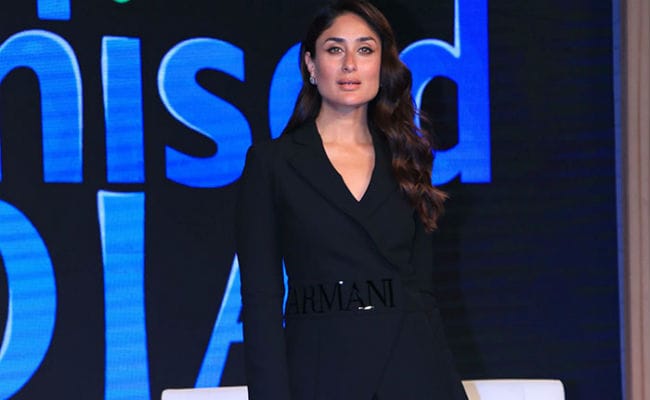 Kareena Kapoor, who shared the couch with Priyanka Chopra on the season finale of Karan Johar's popular talk show Koffee With Karan 6, occupied a spot on the trends list for a number of reasons. And one of the reasons is that Kareena revealed that she has "never met" her husband Saif Ali Khan's ex-wife and actress Amrita Singh. During a segment of the show, when show's host Karan asked the actress about her equation with Amrita, she said that she has "never met" her. Karan asked Kareena: "You keep the balance between Amrita as well? Do you kind of talk to each other at all?" To which Kareena replied, "No, but I have utmost respect and regard for her. We've never met."

Karan Johar, who was rather shocked by Kareena's answer, added, "You've never met?" Kareena, was quick to respond to Karan's retort and said, "No. I met Saif many years after he got divorced. So, it was not on anyone's time. He was clearly single."

Saif Ali Khan and Amrita Singh got married in the year and 1991 and after thirteen years, the couple got divorced in 2004. Saif and Amrita are parents to a son named Ibrahim Ali Khan and daughter Sara Ali Khan, who made her Bollywood debut with Abhishek Kapoor's Kedarnath last year.

Saif Ali Khan, who made an appearance with Sara on Karan's show this season, spoke about his equation with Amrita Singh and revealed that before getting married to Kareena Kapoor, he had sent a note to Amrita. "For some reason, before going down, I wrote a note to Amrita and I said, 'You know this is a new chapter starting, we have had our history and everything. Something along the lines of good wishes, I hope for both of us and something, you know to carry on." During the show, Saif also revealed that he got the not approved from Kareena before sending it to Amrita. "I sent it to Kareena and I said, 'Have a look at this, if it's okay, I'm thinking of sending it across and Kareena said, 'I think it's really nice.'"

Kareena Kapoor and Saif Ali Khan have co-starred in films like Omkara, Tashan, Agent Vinod and Kurbaan. They got married in the year 2012 and the couple welcomed their first child Taimur Ali Khan in 2016.