Sara Ali Khan On Kedarnath Not Releasing In Uttarakhand: 'Disheartening, Don't Know How People Are Hurt'

"It is very disheartening to not give back to them because they have given me so much. And that is the only real regret," said Sara Ali Khan 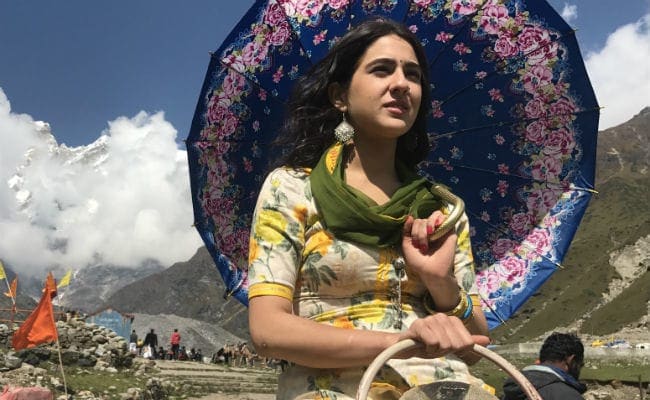 Sara Ali Khan, whose debut film Kedarnath has not released in Uttarakhand, is "disheartened" by the move and says the idea behind the film is "not to divide but unite people". The film, set against the backdrop of the natural tragedy in the temple town of Kedarnath, is a love story of a Hindu girl (Sara) and a Muslim porter (Sushant Singh Raput). Those seeking ban on the film have accused it of hurting Hindu sentiments and promoting "love jihad".

"The dream was that I could pass on this story to some people. We shot the film in Uttarakhand, we stayed there for 40 days, I have best memories of my career there. It is very disheartening to not give back to them because they have given me so much. And that is the only real regret," Sara told PTI.

The young actor was unable to understand the reason for the film not releasing in Uttarakhand and said she has a different view on "caste and religion".

"I don't consider ethnicity, religion, caste as markers and consider them as divisive. I don't think the film does either. The film is not about dividing you, it rather calls for coming together. I don't know how people are feeling hurt. I don't think they have seen the film."

Sara, however, said she respects the concerns and as an actor all she can do is give her 100 per cent to the film.

"I have to respect that thought process as well. As an actor none of this in my hands. The only thing that is in my hands is to perform the given role, which I have done to my best. There is an element of regret that I can't share it (the film) with people who have shared their lives with me," she said.

The film, directed by Abhishek Kapoor, released on December 7. It made Rs 7.25 crore on day one. Sara's work in the film has been appreciated and the 23-year-old said she has read almost all the reviews and is happy that people have been kind to her."You can't distinguish me from Kedarnath. But if people say Kedarnath is waahiyad (pathetic) I would not be happy as it is my first film."

Growing up with actor parents, Amrita Singh and Saif Ali Khan, Sara witnessed success and failure from close quarters, which helped her learn that both need to be taken with a pinch of salt.

"Every Friday is going to be different and this Friday has been very good for me, I deserve to celebrate that. I deserve to smile and be happy. I also need to understand that the next Friday might be different.

"I have to stay grounded and be real and continue doing my best. The reviews, opinions, comments will keep coming and going, I have to do my best."

Sara's next release is Simmba, opposite Ranveer Singh. The film, directed by Rohit Shetty, will hit the theatres on December 28.