According to Taran Adarsh, Kedarnath's business is likely to witness an upward trend on Day 3 (Sunday) 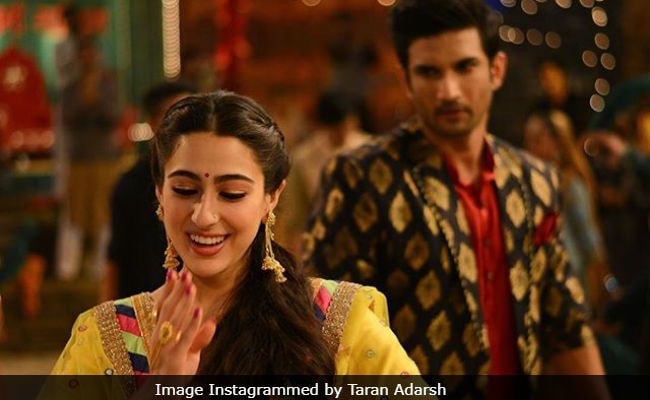 Abhishek Kapoor's Kedarnath, starring Sara Ali Khan and Sushant Singh Rajput, "gathered momentum" on the second day of its release, reports Bollywood trade analyst Taran Adarsh. The film which opened in theaters on Friday has earned over Rs 17 crore as of now. The film earned over Rs 9.75 crore on Saturday and according to Taran Adarsh's latest tweet, the film's business is likely to witness an upward trend even on Day 3 (Sunday). On Sunday, Taran Adarsh tweeted, "Kedarnath gathers momentum on Day 2... Growth on Day 2. Should witness an upward trend on Day 3 (Sunday) as well."

Kedarnath opened in theaters on Friday and it collected over Rs 7.25 crore on its opening day. The film opened to largely mixed reviews. In his review for NDTV, film critic Saibal Chatterjee gave the film two stars out of five. He wrote: "Kedarnath is a two-hour film, so the demand it makes on your time is reasonable. The special effects aren't up to scratch nor is the screenplay, but do watch the film for Sara Ali Khan. The pleasure of watching a young actress who not only holds her own in her very first film but also reveals her long-term potential in no uncertain terms makes the otherwise disappointingly inert Kedarnath worth a trip to the multiplex."

Kedarnath marks the Bollywood debut of Saif Ali Khan and Amrita Singh's daughter Sara Ali Khan. The film is set against the backdrop of the 2013 Kedarnath floods. In the film, Sara plays the role of a Hindu girl Mandakini/Mukku, who falls in love with Mansoor, a Muslim porter (played by Sushant Singh Rajput), who helps pilgrims cover the Kedarnath trek.