Uttarakhand and Bombay High Court had both refused to ban the film. 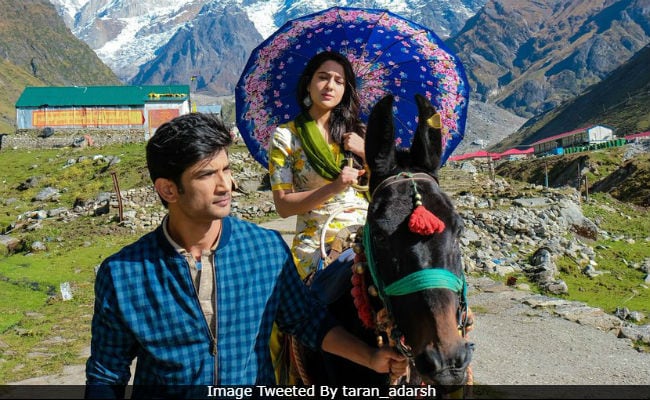 Uttarakhand District Magistrates have decided not allow the film's release.

Sara Ali Khan and Sushant Rajput starrer "Kedarnath' will not be released Uttarakhand. The state government had not officially banned its release but had written to District Magistrates, asking them to take a call on the film.

The District Magistrates have decided to not allow the release. The decision was taken after a high-level meeting chaired by Chief Minister Trivendra Singh Rawat.

The movie, set against the backdrop of the flash floods in Kedarnath, was opposed by right-wing activists who alleged that it hurt Hindu sentiments and promoted "Love Jihad".

The latest orders by the District Magistrates would mean that the film will not release in state capital Dehradun, Haridwar, Pauri, Tehri, Nainital, Almora and Udhamsinghnagar. Other districts of the state do not have movie theaters,. .

Uttarakhand and Bombay High Court had both refused to ban the film.