Sara Ali Khan On Her Growing Popularity: 'I Don't Think Too Much, Try To Be Organic'

"People appreciate the fact that I am real. I endeavour to be most real person," said Sara Ali Khan 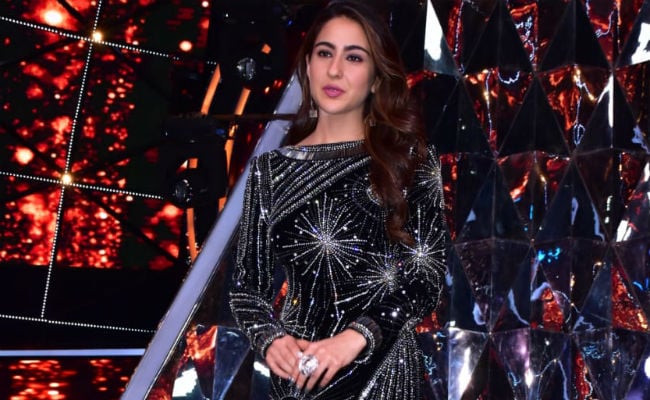 Sara Ali Khan on the sets of a TV show

Sara Ali Khan says she may be pursuing acting as a profession but her aim is to be as real and relatable as possible. Sara, who made her Bollywood acting debut with Kedarnath and is awaiting the release of her second film Simmba, has become an instant social media fan favourite. The young actor believes, "People appreciate the fact that I am real. I endeavour to be most real person. I don't think too much and try to be as organic as I can. I do make mistakes. With the same token you get appreciation and criticism as well and you have to take it the same way."

Sara told PTI that as a performer she wants to experiment.

"I am taking each day as it comes. I will see what offers come my way and whatever excites me I will take that up. As an actor I want to experiment with different kinds of films. I have always loved acting. I am always dying to be on a film set. Life is empty for me without that," she said.

Directed by Rohit Shetty, Simmba features Ranveer Singh in the title role and Sonu Sood as antagonist. The film releases on December 28. Also, there are rumours that Sara will be seen in a sequel to Irrfan Khan's Hindi Medium, will collaborate with Imtiaz Ali and will be seen in Varun Dhawan-starrer Rannbhoomi.