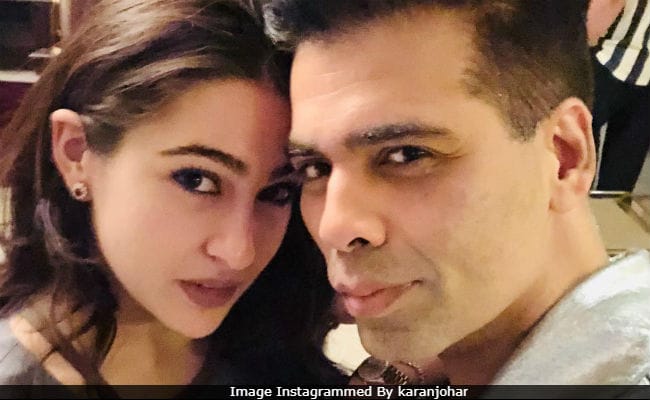 On Independence Day, Sara Ali Khan finally made her debut on Instagram. Her first post is a visual rendition of the national anthem along with an art image of its writer Rabindranath Tagore. "Happy Independence Day," she captioned her post, adding hashtags like 'Mera Bharat Mahan,' 'Proud To Be An Indian' and 'Jai Hind.' In just few hours, Sara's Instagram account has got the official blue tick and over 1.54 lakh followers, including Alia Bhatt, Arjun Kapoor, Shraddha Kapoor, Ishaan Khatter and Manish Malhotra. "As a mark of respect to India, the daughter of actors Saif Ali Khan and Amrita Singh, decided to start this journey on Independence Day instead of her birthday on August 12," read a statement, news agency IANS reported.

Filmmaker Karan Johar, who is producing her forthcoming film Simmba, welcomed Sara on Instagram with a picture from last night's party at designer Manish Malhotra's party. "Welcome the gorgeous and stunning, Sara Ali Khan on Instagram," he wrote.

Manish Malhotra shared this for Sara.

There was huge anticipation about Sara joining the photo-sharing app on her birthday. #WeWantSaraOnSocialMedia on Twitter trended a great deal for a few days.

Sara debuts in Bollywood this November opposite Sushant Singh Rajput with Abhishek Kapoor's Kedarnath while Simmba, her film with Ranveer Singh, releases in December. Simmba is directed by Rohit Shetty.