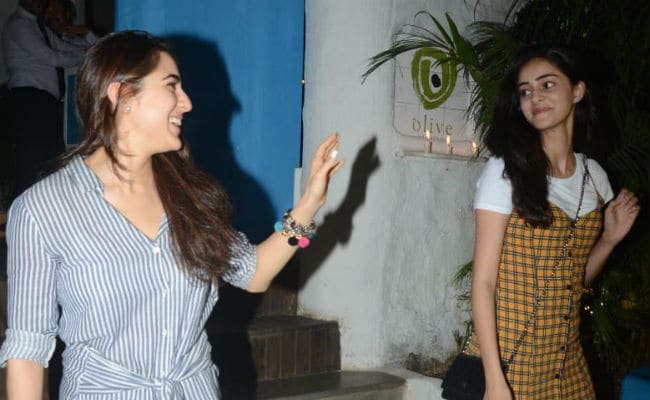 Sara Ali Khan with Ananya Panday outside a Mumbai restaurant.

Are Sara Ali Khan and Ananya Panday new BFFs on the block? Going by their recent photos outside a suburban Bandra restaurant it appears that the upcoming actresses have become good friends. Sara Ali Khan, who will debut this year in Kedarnath was spotted with Ananya, who is being launched by Karan Johar in Student Of The Year2. Sara Ali Khan was dressed in shorts and striped long shirt while Ananya looked chic in a checked-dress paired with a white t-shirt. Outside the restaurant, Sara and Ananya smiled heartily and waved each other goodbye as the shutterbugs clicked away. Before leaving in the respective cars, Sara and Anaya cordially posed and smiled at the photographers too. Needless to say, the pictures are furiously trending on the Internet.

Here are now viral pictures from Sara and Ananya's rendezvous: 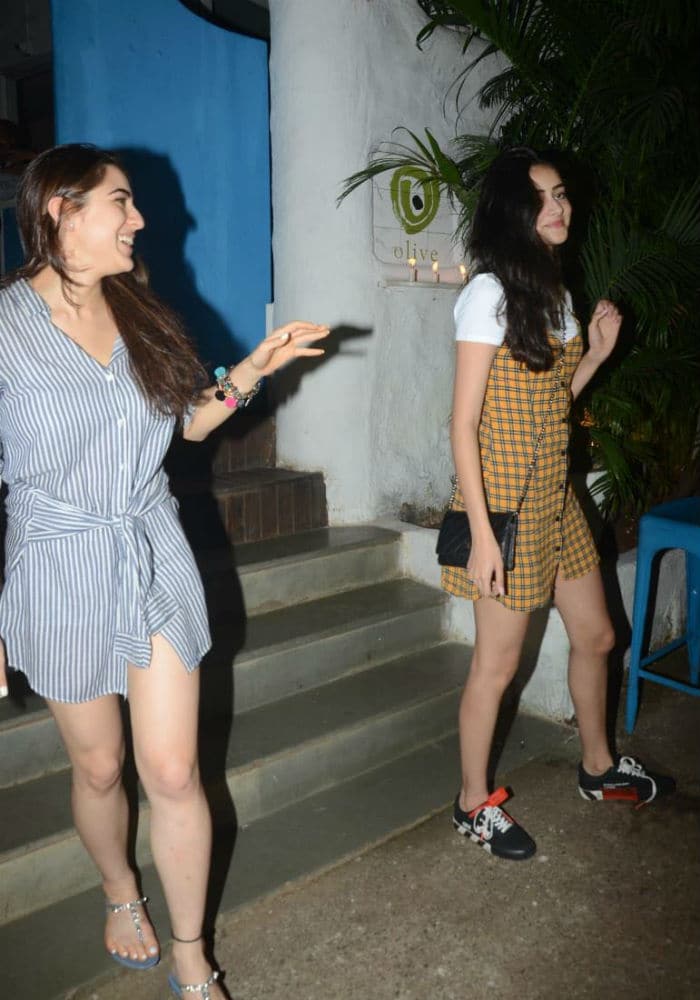 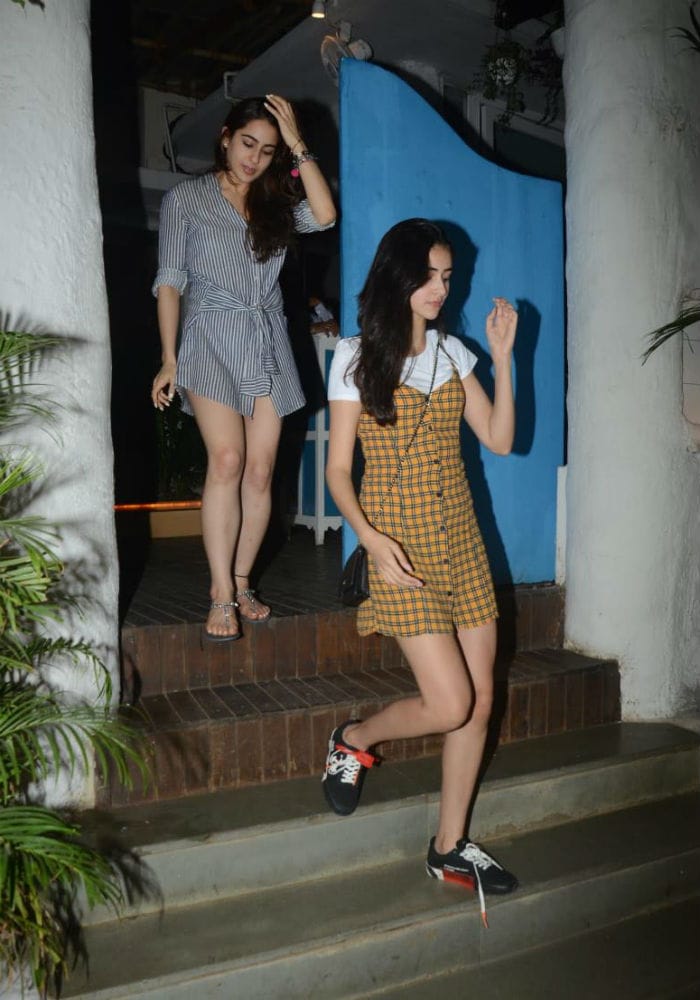 Ananya is being launched by Karan Johar, who is producing Sara's second film 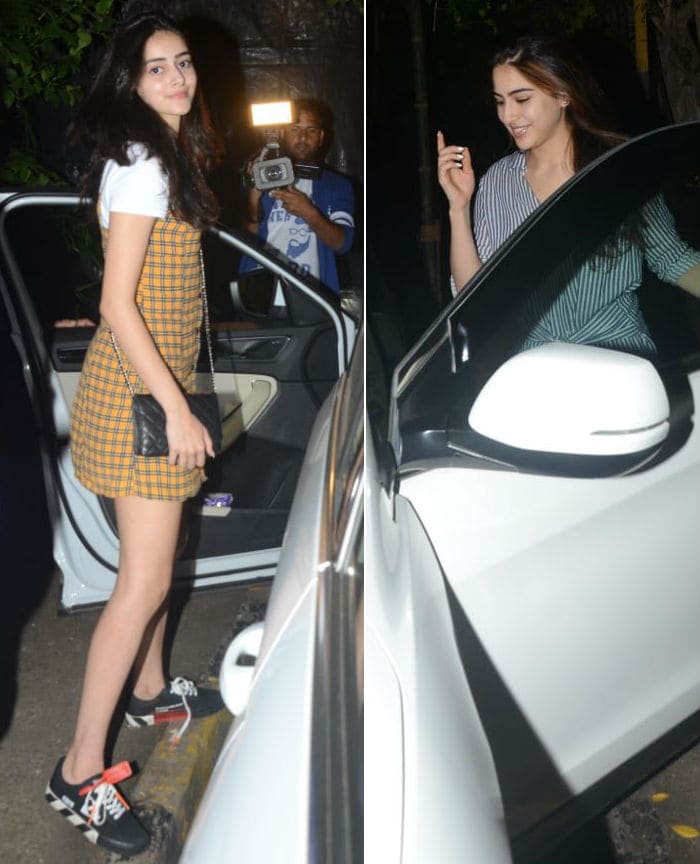 Sara and Ananya cordially smiled at the photographers

Sara Ali Khan and Ananya Panday have been frequently spotted by the paparazzi but in different social circles. Sara is often photographed in the company of Janhvi Kapoor, who is currently chilling in New York with Navya Naveli (daughter of Shweta Bachchan Nanda). Meanwhile, Ananya counts Suhana (daughter of Shah Rukh and Gauri Khan) and Shanaya (Sanjay and Maheep Kapoor's daughter) among her close friends.

As mentioned before, Sara Ali Khan will make her Bollywood debut in Kedarnath opposite Sushant Singh Rajput. The Abhishek Kapoor-directed film has been delayed several times due to issues between the director and former producer Prernaa Arora (KriArj Entertainment). The film's finance board was taken over by Ronnie Screwvala, who announced the film would release in November. However, the makers of Kedarnath may opt for a new date to avoid clash with Rajinikanth's 2.0. Sara Ali Khan has also signed her second film - Rohit Shetty-directed Simmba opposite Ranveer Singh. Simmba is being produced by Karan Johar.