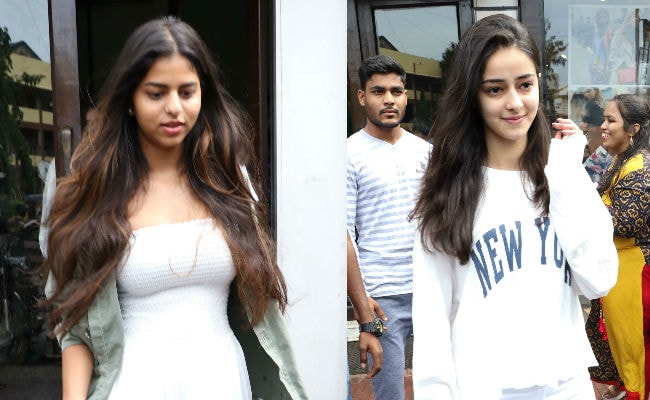 Suhana and Ananya photographed outside a restaurant.

After catching up at a party hosted for Shweta Bachchan Nanda at her home (more about that later), Suhana Khan went out for a brunch date with her best friend Ananya Panday on Sunday. Suhana and Ananya, twinning in white, were photographed exiting a Mumbai eatery. Suhana did not stop to pose for the shutterbugs but Ananya, who will make her Bollywood debut soon, smiled for the photographers. Suhana, who made her magazine debut earlier this year, quickly walked towards her car ignoring the waiting camera persons. Meanwhile, Ananya Panday (daughter of Chunky and Bhavana Panday) is being launched by Karan Johar in Student Of The Year 2, releasing next year.

Here are pictures of Suhana and Ananya in Bandra: 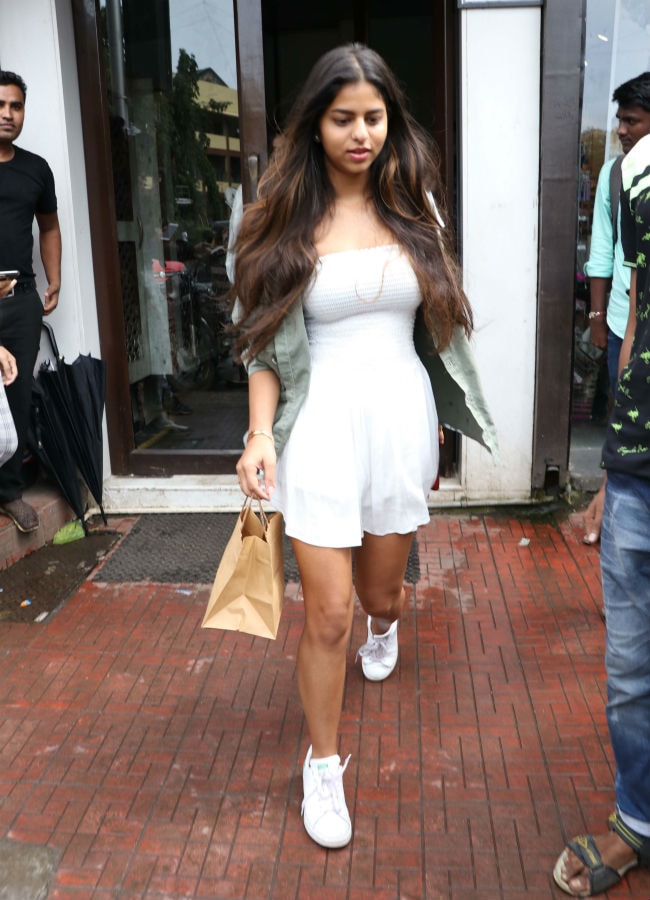 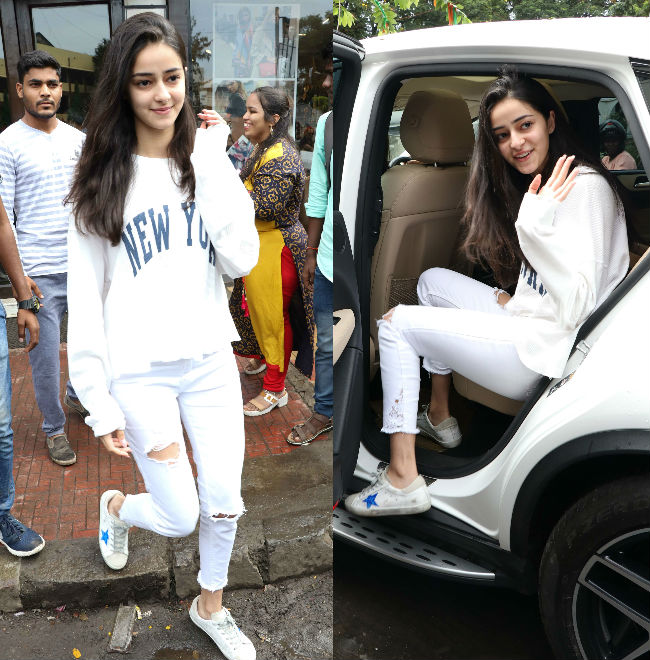 Ananya Panday is gearing up for her Bollywood debut

Over the weekend, a party was hosted to celebrate the launch of Shweta Bachchan Nanda's apparel line in collaboration with designer Monisha Jaising. After a star-studded store launch the party moved to Shah Rukh Khan's house Mannat, where Shweta's friends from the film industry raised a toast to her latest venture.

At the party, Suhana caught up with her friends Ananya and Shanaya Kapoor (daughter of Sanjay and Maheep Kapoor). Other names on the guest list were Karisma Kapoor, Sussanne Khan, Bhavana Panday, Maheep Kapoor, Kajal Agarwal and Karan Johar.

Here are some pictures from the party:

Girl power... big big congratulations to my super star friend @shwetabachchan you are a legend... so happy for you gorgeous girlur a rock star! shine on foreva

As of now, Ananya is focusing on her work-in-progress film Student Of The Year 2, co-starring Tiger Shroff and Tara Sutaria. Suhana Khan is currently completing her studies after which she will also join films, as she said in her first ever magazine interview.