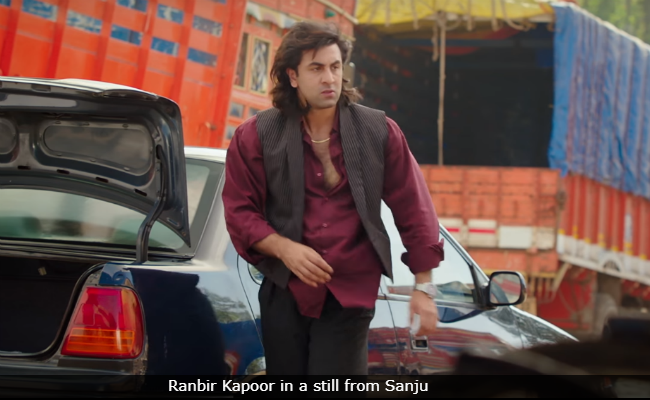 Ranbir Kapoor in a still from Sanju. (Image courtesy:

New Delhi: Paresh Rawal, who will be seen as Sanjay Dutt's late father and actor-politician Sunil Dutt in upcoming film Sanju, recently talked about all the efforts that he had to put in order to get into the skin of the character, even if it involved maintaining distance with film's protagonist Ranbir Kapoor, reports news agency IANS. "The story captures different phases of the father-son relationship. I tried to maintain a distance off camera with Ranbir so that as performers, we can stay true to the character. So on set, we were not pals who would chat together in between the shots. In the film also, that was the relationship we have shown, where Dutt saab loved his son to death but never had a friendly equation with Sanjay," IANS quoted him as saying.

Talking about the film, the 63-year-old actor also said that the film depicts the different facets of Sanjay Dutt's complex relationship with his father. "There was a complexity in the relationship but there was a bonding... I won't unveil more as one should watch the film for that," he added.

Paresh Rawal has worked with Sanjay Dutt in films such as Jeena Marna Tere Sang, Vaastav: The Reality and Haseena Maan Jaayegi. In an interview last month, Paresh told IANS that he was destined to play Sunil Dutt in the film. "There is a very special connection of Sunil Dutt with me," Paresh said.

Sanju will open in theatres on June 29.