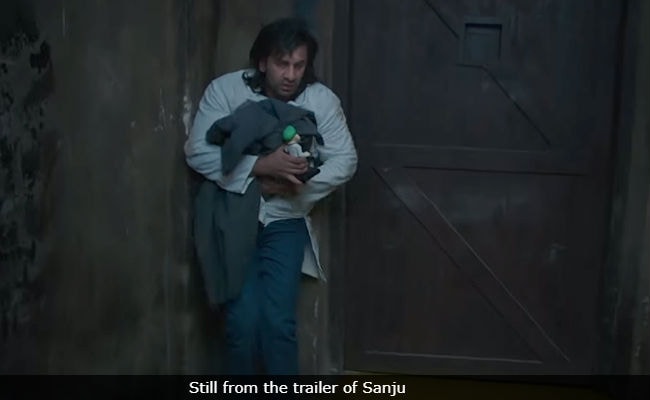 The controversial toilet leakage scene in Ranbir Kapoor's upcoming film Sanju has been removed from the film's final edit, as per a mid-day report. A Censor Board source said that the scene was asked to be removed for "aesthetic reasons." Earlier, a complaint was filed against the filmmakers, in which activist Prithvi Maske claimed that the scene "will make a bad impression about jails authorities of India." Speaking to mid-day about Central Board of Film Certification's decision, the source said: "The scene wasn't adding value to the narrative besides displaying the helpless situation of the protagonist. It was a judgment call taken from an artistic point of view which the filmmakers agreed to."

However, the mid-day report also stated that director Rajkumar Hirani had earlier said that it was a factually correct scene. "The scene is from Sanju's earlier stint in jail. It happened in 1993, during the monsoon. On that particular day, the drain in his cell overflowed due to heavy rains."

Mr Maske also talked about the scene's omission form the final version and said: "I was in touch with the CBFC and they assured me that my objection would be taken up with the makers of Sanju and addressed. The reason why the scene was cut is confidential information and will be given to me in a response, officially signed by CBFC chairperson Prasoon Joshi."

Promoted
Listen to the latest songs, only on JioSaavn.com
Sanju narrates the story of actor Sanjay Dutt, including the days he spent in the jail in connection with the 1993 Bombay blast case. Sanjay Dutt was initially imprisoned in 1993 and he spent 18 months in jail during the trial. He was finally convicted for the illegal possession of weapons by the Supreme Court in 2013, when he was sentenced to five years in Pune's Yerwada Jail.