In one scene from Sanju, Anushka Sharma asks Ranbir Kapoor about his former girlfriends and affairs he's had 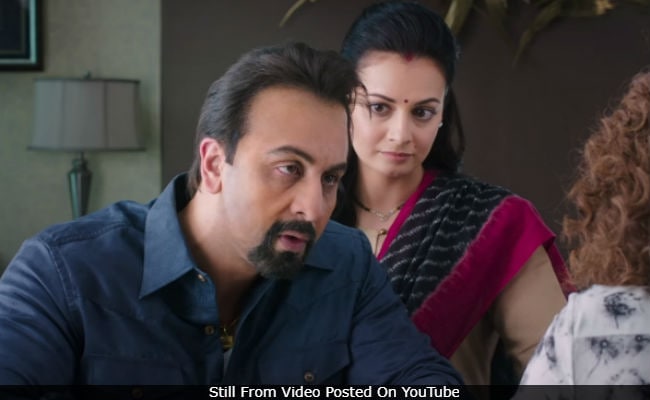 A complaint has been filed against Ranbir Kapoor and Anushka Sharma for allegedly making derogatory remarks against sex workers in their forthcoming film Sanju, reports news agency ANI. In one scene from the film, which was also included in the trailer, Anushka, who stars a biographer, asks Ranbir Kapoor, who plays Sanjay Dutt, about his former girlfriends and affairs he's had. In his response, he provided a round off figure - 350. ("308, without counting the sex workers," he says precisely). ANI reports that the complaint has been filed by activist Gaurav Gulati. "The complaints wants to draw your kind notice towards the outrageous and cheap dialogues being used in the upcoming movie, namely, Sanju by the Bollywood actors Ranbir Kapoor and Anushka Sharma," the letter stated, ANI reports.

"All the dialogues used in the trailer are not only outrageous and anti-women but also shows low mindset of the movie makers towards the women fraternity," it added.

A complaint has been filed against Ranbir Kapoor & Anushka Sharma for allegedly making derogatory remarks against sex workers in the upcoming movie 'Sanju'.

Sanju is a biopic on actor Sanjay Dutt and traces his journey, including the days he spent in the jail in connection with the 1993 Bombay blast case.

Watch the trailer of Sanju here.

Earlier this month, another complaint against team Sanju was filed for the toilet leakage scene in the film. ANI reported that the scene would make a 'bad impression about jails authorities of India.'

In Sanju, Paresh Rawal will be seen as Sunil Dutt and Manisha Koirala as Nargis. Sonam Kapoor features as one of Sanjay Dutt's girlfriends, Dia Mirza as Maanyata (his wife). Karishma Tanna, Jim Sarbh and Vicky Kaushal are also part of the Rajkummar Hirani-directed film.

Promoted
Listen to the latest songs, only on JioSaavn.com
In an interview to ETimes earlier, Sanjay Dutt had said he's happy with Ranbir's work and said, "He (Ranbir Kapoor) is doing a fantastic job. Whatever I have seen on the sets of the movie, it is really great." A special screening of Sanju will be hosted on Thursday, which Sanjay Dutt will also attend.