Despite being a non-holiday release, Sanju managed to kick-start the week with a "phenomenal total" 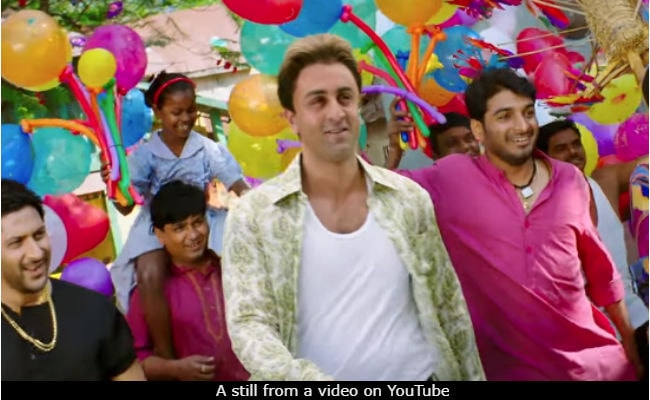 Ranbir Kapoor's Sanju has taken a roaring start. Sanju has packed in a powerful punch at the box office and garnered Rs 34.75 crore on Day 1, reported Bollywood trade analyst Taran Adarsh. Despite being a non-holiday release, Sanju managed to kick-start the week with a "phenomenal total". It's a blockbuster opening for Sanju since the film has emerged as the biggest opener of 2018. It is expected that the Rajkumar Hirani-directed film will surpass the 100 crore mark if the current trend continues. "Non-holiday. Non-festival release. Yet, Sanju packs a phenomenal total on Day 1. Emerges as the biggest opener of 2018 [so far]. Also, Ranbir's highest opener to date. Expected to cross Rs 100 crore in 3 days, as per trends... Fri Rs 34.75 crore," Taran Adarsh tweeted.

Salman Khan's Race 3, which headlined the list of highest opening day grosser till last Friday, has now been replaced by Ranbir Kapoor's Sanju. With Race 3 on the second spot on the list now, Baaghi 2, "Padmaavat" and Veere Di Wedding are the other films to feature on the list.

Ranbir Kapoor's last film was Jagga Jassos, which proved to be a downer at the box office and had a lifetime collection of around 80 crores. But the actor has surely made a remarkable comeback since Sanju has become Ranbir Kapoor's highest opening day grosser. Sanju is followed by Besharam, Yeh Jawani Hai Deewani, Ae Dil Hai Mushkil and Tamasha on the list.

Sanju opened at the theatres on Friday and the audience as well as critics have welcomed the film with positive remarks. In his review of NDTV, Saibal Chatterjee writes: "Director and co-writer Rajkumar Hirani takes liberties with true events for the purpose of bolstering the film's emotional appeal, but he does not let Sanju turn into a mere cinematic apologia for a temperamental movie star's many indiscretions. Together with screenwriter Abhijat Joshi, he crafts an intelligent script that highlights the upheavals unleashed in Dutt's life by drugs, alcohol, girls, guns and goons. The film is marked by both empathy and surprising bluntness. ".

Sanju is a biopic based on the life of actor Sanjay Dutt, which has been directed by Rajkumar Hirani and Ranbir Kapoor plays the protagonist in the film. Sanju also stars Dia Mirza, Sonam Kapoor, Anushka Sharma, Paresh Rawal, Karishma Tanna, Vicky Kaushal and Manisha Koirala in key roles.