Sanjay Dutt's Saheb, Biwi Aur Gangster 3 Shoot Is So Much Fun With Shahraan And Iqra

Sanjay Dutt recently shared a video from the sets of the movie, where he's been joined by his twins Shahraan and Iqra 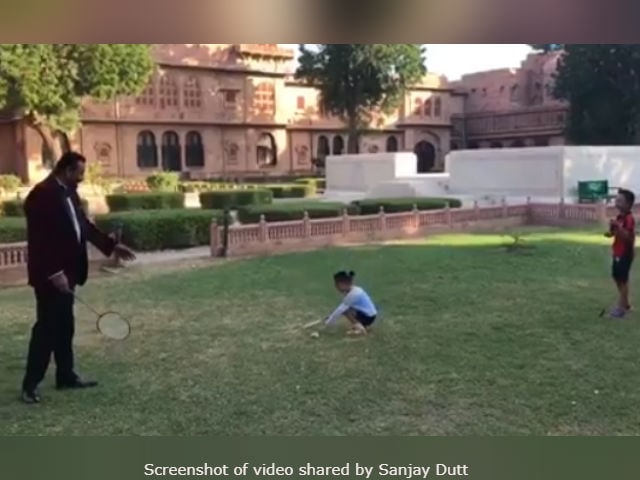 New Delhi: Bhoomi done, Sanjay Dutt can now be spotted on the sets of Saheb, Biwi Aur Gangster 3, the third instalment in Tigmanshu Dhulia's popular series of films. The movie was scheduled to go on floors in August but appears to have been kick-started with slight delay. Sanjay Dutt recently shared a video from the sets of the movie, where he's been joined by his twins Shahraan and Iqra. The shooting location could very well be Gujarat, which was mentioned to be the first spot zeroed in by the film's team. In the video, Mr Dutt can be seen playing badminton with the little ones - an experience which made him rather nostalgic. In the accompanying caption, he wrote: "Reliving my childhood memories when I used to visit my dad for his outdoor shootings."

This is what the Bhoomi actor shared on Sunday: