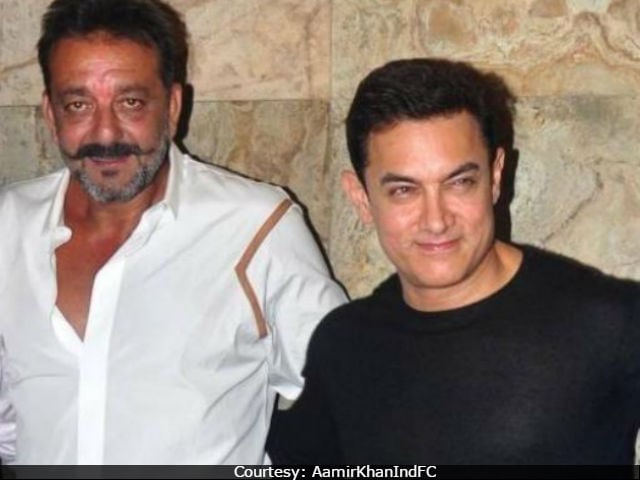 New Delhi: Sanjay Dutt, who is currently filming Bhoomi wants the release date to be changed. The reason is Mr Dutt doesn't want Bhoomi to clash with good friend Aamir Khan's next project Secret Superstar. The 57-year-old actor said, "I know the kind of hard work and effort that goes into making a film. I believe, after all the work being put in, it can't be reduced to a clash at the box office. Aamir is a dear friend and I wouldn't want my comeback film to be pitted against his. In this industry, we should all make an effort to help each other."

Bhoomi, Mr Dutt's comeback film was slated to hit theatres on August 4. The actor has reportedly requested his film's producers Bhushan Kumar and Sandeep Singh to change the film's release date. The final decision will be taken by T-Series and Legend Studios.

Couple of days ago, Sanjay Dutt got injured while filming Bhoomi in Chambal, while shooting an action scene. An x-ray at a local hospital reportedly revealed a hairline rib fracture.

Sanjay Dutt earlier told NDTV that Bhoomi is the perfect film for his comeback. He said, "I have been looking for scripts that went beyond my screen persona. I wanted to do something vulnerable yet powerful. Bhoomi is an emotional and sensitive drama that explores the relationship between a father and daughter."

The film went on floors in February in Agra. Few days ago, the shooting schedule had to be stalled after an unruly crowd took over the sets.