Sanjay Dutt Reportedly Walked Away After Asked About Madhuri Dixit 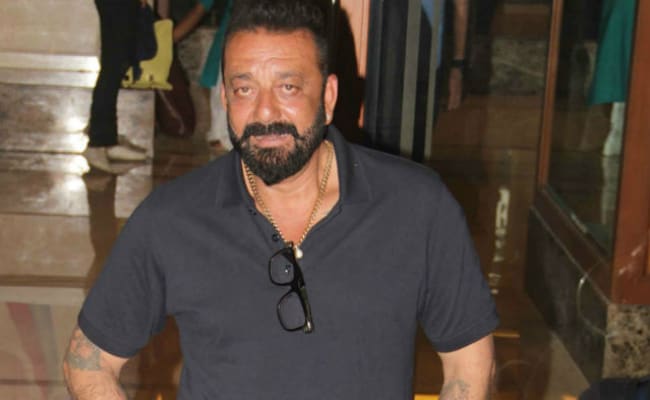 New Delhi: Sanjay Dutt reportedly dodged a query concerning colleague Madhuri Dixit recently, stated mid-day. The 58-year-old actor was interacting with the press on the side-lines of a celebrity cricket tournament when he was asked about the Karan Johar film he's reported to have come on board for and then quit. "He not only evaded the question, but walked out in disgust," said the report in mid-day. It is said to be that project which was to star Sridevi in the lead but now, that spot has been filled by Madhuri Dixit. However, there has been no official announcement about the rest of the cast but several reports had stated Sanjay Dutt was to be cast opposite Sridevi. Sanjay Dutt and Madhuri Dixit, co-stars of films like Saajan and Saajan, reportedly had an affair in the Nineties.

In fresh reports, it is being said that the Khalnayak star opted out of it after Madhuri Dixit was roped in. Last month, a report in DNA stated that he opted out of the Karan Johar produced movie and followed it up with resigning from projects like the multi-starrer Blockbuster. "When Sanjay met another producer friend recently, he was overheard saying that the multi-starrer comedy Bittu was planning, isn't happening anymore. He has opted out of Blockbuster and the film is on the backburner for now," DNA quoted the source as saying.

Ahead of the reports, Karan Johar tweeted to confirm that Madhuri Dixit has signed on the dotted line. "Some clarifications! Yes. We are honoured and humbled to have Madhuri Dixit on board for Abhivarman's next! No the film is not titled Shidtay! Yes the film will commence shoot in mid-April! The film's final cast and credits will be announced soon!"

Some clarifications!!! Yes...we are honoured and humbled to have @MadhuriDixit on board for @abhivarman 's next! NO the film is NOT titled SHIDHAT! Yes the film will Commence shoot in mid April! The films final cast and credits will be announced soon!

Promoted
Listen to the latest songs, only on JioSaavn.com
This is what Sridevi's elder daughter Janhvi Kapoor shared about Madhuri being included in the Abhishek Varman-directed film: