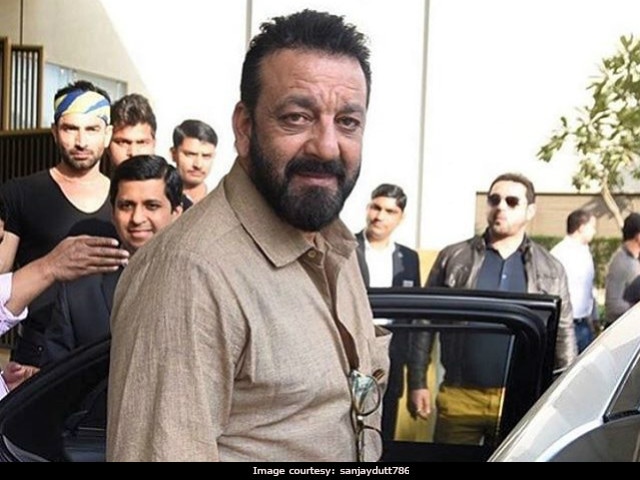 Sanjay Dutt's Bhoomi has been filming in Agra for the last 10 days (courtesy: sanjaydutt786)

New Delhi: Actor Sanjay Dutt described the scuffle between his bodyguards and the media on the sets of Bhoomi yesterday as "a shame," reports news agency IANS. The 57-year-old actor said he had already left the location - the film is being shot in Agra - and that if he had been present, he would have prevented the brawl. "I was not there on the sets when the incident took place. My pack-up was done long time back. Had I been there, the incident wouldn't have taken place...through our films, a city also gets promoted and if such a mishap happens, then it's a shame for everybody," Mr Dutt said, reports IANS.

"Had I been there, I would have sorted the issue with love and my 'jaadu ki jhappi' (magical hug). I also apologised in front of media yesterday (Thursday)," Mr Dutt said, reports IANS.

Shooting near the Kalakriti Cultural and Convention Centre, about 500 metres from the Taj Mahal, was suspended yesterday after the incident. A TV journalist told IANS that Sanjay Dutt's bouncers physically attacked the press and also confiscated his camera. He has filed a police complaint but claims no action is being taken.

The bodyguards have also reportedly apologized but the locals have not been pacified.

Promoted
Listen to the latest songs, only on JioSaavn.com
Bhoomi, directed by Omung Kumar, has been filming in Agra for the last 10 days. Last week, mid-day reported that shooting was stalled temporarily after the crowd that had gathered to watch became unruly. The unit was filming a wedding scene at a haveli in the village of Bamrauli Katara, close to Agra. Bhoomi is Sanjay Dutt's comeback film, the actor's first since he completed serving a five-year jail sentence for illegal possession of arms. The cast includes actress Aditi Rao Hydari, who plays Mr Dutt's daughter.