"I am quite liking this challenge. So easy on the eyes and heart but mostly eyes," Samantha wrote 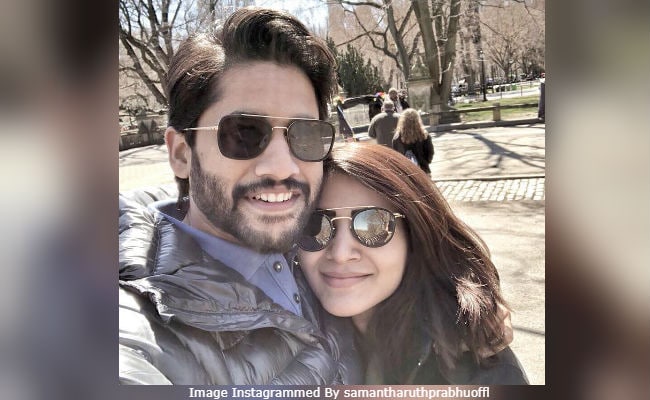 New Delhi: Every time Samantha Ruth Prabhu posts something on Instagram, the Internet loves it. This time, she posted a video of her husband Naga Chaitanya doing the fitness challenge and the video is now keeping the Internet very busy. Folks love her caption for the post and so do we. "The Hum Fit Toh India Fit challenge. I am quite liking this challenge. So easy on the eyes and heart but mostly eyes. I accept your challenge, Naga Chaitanya. But just watching this makes me tired, so tomorrow," read the caption of Samantha Ruth Prabhu's Instagram post. (ROFL. But it's cute too).

"Ha ha ha, the description" and "you are hilarious" are some of the comments posted on the video. Her fans are also patiently waiting for Samantha to take up the challenge.

The #HumFitTohIndiaFit challenge .. I am quite liking this challenge . So easy on the eyes and heart but mostly eyes . I accept your challenge Chay Akkineni But just watching this makes me tired .So tomorrow

A post shared by Samantha Akkineni (@samantharuthprabhuoffl) on May 24, 2018 at 1:28am PDT

Thanks @akkineniakhil for the challenge #HumFitTohIndiaFit here are my 3 basics I do anytime anywhere to keep it going .. I challenge @samantharuthprabhuoffl @iamsushanth @nidhhiagerwal

A post shared by NagaChaitanya Akkineni (@nagachaitanyaakkineni) on May 24, 2018 at 3:43am PDT

Promoted
Listen to the latest songs, only on JioSaavn.com
Meanwhile, Samantha Ruth Prabhu and Naga Chaitanya had a two-part destination wedding in Goa last October. They first married according to Hindu rituals and later had a Christian wedding.

The couple are all set to collaborate for their fourth film, to be directed by Shiva. 2010's Ye Maaya Chesave was their first film together.