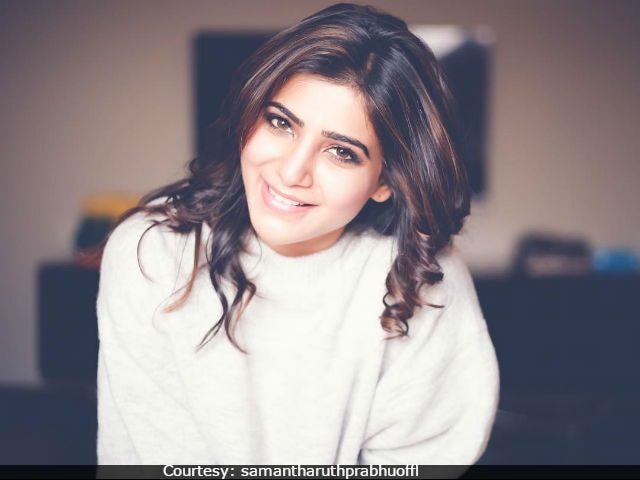 New Delhi: Telugu actress Samantha Ruth Prabhu is learning Silambam (weapon-based ancient martial arts). The actress shared a video from the training session on Instagram and wrote, "Because I like a challenge. Can't wait to get better at this." The 29-year-old actress is currently filming Raju Gari Gadhi 2, a horror comedy, in which she co-stars Nagarjuna, her future father-in-law. She will also be seen in Irumbu Thirai, Aneethi Kathaigal and Vijay 61. Samantha got engaged to Nagarjuna's son, actor Naga Chaitanya in January this year. In 2015, Samantha and Naga, co-stars from the film Ye Maaya Chesave, officially announced their relationship.

Because I like a challenge #newhobby #silambam . Can't wait to get better at this . #love #takeupsomethingnew

Few weeks ago, actress Shruti Haasan had posted a similar video of herself, where she was seen learning martial arts for her upcoming film Sanghamitra. She stars opposite Arya and Jayam Ravi in the Sundar C-directed film.

Samantha and Naga will marry later this year. Of his wedding to Samantha, Naga earlier told news agency IANS, "I'm a very private person and I never felt the need to speak about my relationship in public. My friends have known about it for a long time. Then, when we informed our families, they supported our decision." Naga Chaitanya will be next seen in Rarandoi Vedukachudham, opposite Rakul Preet Singh.