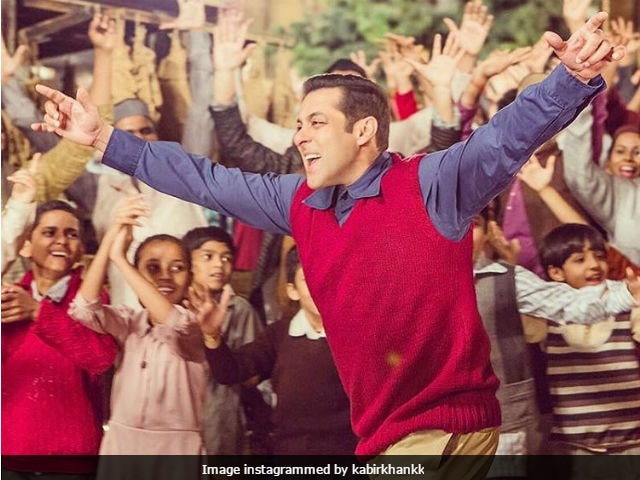 New Delhi: Filmmaker Kabir Khan has finished the shoot of his upcoming film Tubelight starring Salman Khan. This film is Kabir Khan's third collaboration with the Dabbang star. Kabir Khan has previously worked together with Salman Khan in 2012 movie Ek Tha Tiger and Bajrangi Bhaijaan (2015). Kabir Khan shared a picture with his team on social media, captioned-"It's a wrap for #Tubelight". The excited director thanked his entire team for making the film possible and also added that he could not wait to show his film to the world. The film also features late actor Om Puri, Salman's brother Sohail Khan and Chinese actress Zhu Zhu. Tubelight is scheduled for release on Eid this year.

It's a WRAP!! My team that makes my films happen... Karishma,Baloo,Prarthana, Prachi,Moin,Archit,Manish, Zoya, Krish,Rahul,Ram,Ali #tubelight #eid2017

Tubelight has majorly been shot in Leh, Ladakh and Manali. The movie will also see Raees actor Shah Rukh Khan making a cameo appearance. The entire cast and crew attended the wrap up party hosted by Kabir Khan at Bandra on Monday. Salman Khan was spotted with his rumoured girlfriend Iulia Vantur at the party.

Promoted
Listen to the latest songs, only on JioSaavn.com
Kabir Khan is married to TV host Mini Mathur. He had made his feature film directorial debut with 2006 movie Kabul Express. His movie Bajrangi Bhaijaan with superstar Salman Khan has been his most-successful film, it is the second highest-grossing Indian film globally.