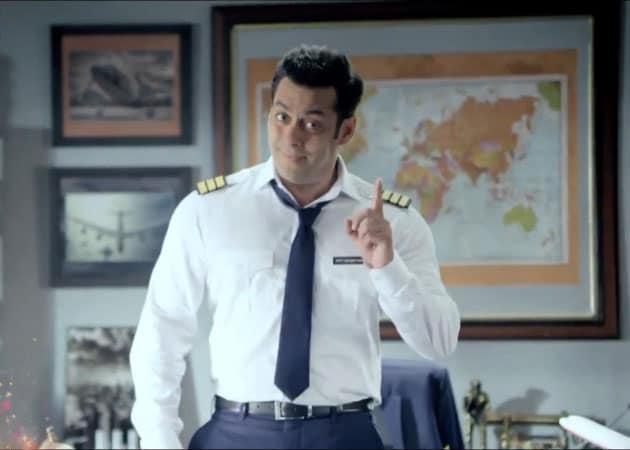 Salman Khan quizzed his fans about the theme of the latest season in the new teaser.

Actor Salman Khan, who is returning as the host of the eighth season of the reality game show Bigg Boss on television, quizzed his fans about the theme of the latest season in the new teaser.

The previous teasers have shown Salman Khan, dressed as a pilot and flying a paper plane, perhaps a pointer to the surprises in store for Bigg Boss viewers.

Salman Khan is returning as Bigg Boss host for the fourth consecutive season. In the last season of Bigg Boss, the actor had faced flak for coming out in support of participants Tanishaa Mukerji and Arman Kohli. The criticism irked Salman to the extent that he had warned his fans that he would not return for Bigg Boss 8.

Though the makers are tight lipped about the participants, there are reports that Salman's former flame Sangeeta Bijlani, and actresses Minnisha Lamba and Maryam Zakaria are among the contestants this season.