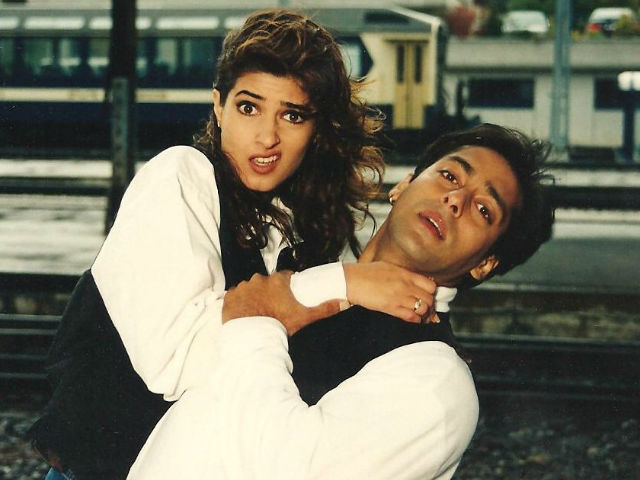 New Delhi: Actor-turned author Twinkle Khanna courted trouble after she took a dig at actor Salman Khan in her latest column for a leading daily. Twinkle, author of Mrs FunnyBones and The Legend of Lakshmi Prasad, wrote a piece for Times of India in which she listed "10 wackiest classifieds you missed this year." Among them was one matrimonial ad in which she (without naming directly) poked fun at Salman Khan's much discussed bachelorhood hinting at two of Salman's big legal troubles - The Blackbuck Case and 2002 Hit-And-Run Case. For contact address Twinkle made up (a rather funny) e-mail id derived from two of Salman's blockbusters - Sultan, which released this year and 2015's Bajrangi Bhaijaan. Twinkle, 42 and Salman, soon to be 51, have co-starred in 1998 film Jab Pyaar Kisise Hota Hai.

Salman Khan's fans were not impressed and trolled Twinkle mercilessly. Here are some of the 'politest' comments on Twinkle's piece:

Twinkle lost some followers too:

Some have decided to boycott her husband Akshay Kumar's films:

@mrsfunnybones I was a fan of akki bt frm now bcz of uhh stupid lady I'm not his fan anymore .... love uh @BeingSalmanKhan

Some also liked Twinkle's article, but only a few:

@mrsfunnybones how did u find these many job opportunities nice one

@mrsfunnybones puts a smile on our faces every Sunday afternoon :) loved the blog.

Promoted
Listen to the latest songs, only on JioSaavn.com
Twinkle Khanna debuted in Bollywood in 1995 film Barsaat and quit six years later after 2001 film Love Ke Liye Kuch Bhi Karega. Twinkle is still in touch with Bollywood and has co-produced her husband's films like Thank You, Patiala House, Khiladi 786 and Holiday: A Soldier Is Never Off Duty. Twinkle will produce director R Balki's next film under her new banner Mrs Funnybones Movies.

Her first book Mrs FunnyBones, a compilation of her articles released in 2015. The book made her the highest selling female author of 2015. She released her next book The Legend of Lakshmi Prasad, a collection of short stories in 2016.